Announcing a Première Performance and Exhibit

Washington D.C. (May 14, 2018) — The Judische Kulturbund Project announces the première of Two Pianos: Playing for Life on Saturday, June 9 (7 PM) at Presser Hall of the Settlement Music School's Mary Louise Curtis Branch, 416 Queen Street, Philadelphia. The event features Wisconsin-based Four-Hands pianists Stanislava Varshavski and Diana Shapiro. A companion exhibit will be open next to the recital hall. A discussion and reception to meet the performers will follow the performance.

Ticket Details
Admission is free, but due to limited seating and space availability, attendees must reserve at http://evite.me/g1sneYBYuh.

About this Historically — Themed Performance

Anna Burstein and Halina Neuman met in 1926 as "alien student residents" at the Leipzig Conservatory and played two-piano concerts with the Leipzig Jüdischer Kulturbund (Jewish Culture Association) under the Third Reich.

By spring 1933 Hitler’s new regime was moving to exclude Jews from “Aryan” life. Brownshirts with nightsticks and pistols agitated everywhere. Doors to orchestras with Jewish conductors were padlocked. Jewish performers and professors were attacked in the press and interrupted by uniformed thugs shouting “Schweine Jude!” Their concerts and lectures were cancelled "to ensure public safety." On April 1 a nation-wide boycott picketed Jewish-owned businesses, with Jewish stars smeared on shop windows and Jews beaten up in the streets. Signs saying “Jews not welcome” and “The Jews are our misfortune” appeared on walls, town borders and hotel lobbies.

On April 7 new laws began excluding Jews – first from government employment, including over 50 city orchestras. Within two years they would be legally barred from nearly all German economic, political and social life. Jewish-owned businesses would be “Aryanized” (legally seized). Jewish households would not be able to hire German maids, to prevent contamination. Any German who dated a Jew — or a Gypsy, a supposed Communist, or person of color -- would be a criminal.

Jüdischer Kulturbund was formed by dismissed Jewish performers to allow Jewish artists to keep performing, before segregated all-Jewish audiences. It was approved by the Nazis in July 1933. Branches quickly spread from Berlin to over 60 German cities, including Leipzig.

About sources and the performers
Two Pianos’ live readings are based on first-person interviews with Anna and Halina 40 years ago. They will be read by Russian-born pianists whose artist-in-exile stories echo the characters’. The Four-Hands duo is internationally represented by Philadelphia’s Astral Artists. They met at Israel's Jerusalem Conservatory, went on to win numerous competitions, and have been playing together for two decades. They will perform excerpts from works played by Anna and Halina under and after the Nazis. Selections include Arensky, Brahms, Toch and Chopin, showcased on Presser Hall's two grand pianos.

Becoming Philadelphian
Anna reached Philadelphia in 1938, joining the ranks of talented exiles who fled the Third Reich to enrich their new American homes. For fifteen years she performed at local venues to strong reviews. In 1945 she joined Settlement’s piano faculty, where she taught for nearly four decades.

In 1938 Halina and her family were forcibly deported from Leipzig to Poland. She and her daughter Jola survived the Warsaw Ghetto, the Polish Home Army uprising against the Nazis, and labor and DP camps. Her post-War refugee stops included Vienna and London before she followed Jola to the U.S. Three months after her 1951 arrival she gave her first American concert. She retired as a piano professor at Rutgers University.

“We are so excited to bring this story to life,” said Gail Prensky, Creator, Executive Producer and Project Director of The Jüdische Kulturbund Project. “Music sustained these women and fueled their will, not just to survive during the darkest hours of Nazi Germany, but to thrive.”

Said Jean: "My parents left Germany in time. We wanted to know how and why. Once we finally assembled all the pieces, we wanted to share them with a wider audience."

About The Jüdische Kulturbund Project
Since 2002 the Project has sought to engage the power of music to transcend living under Nazi oppression with current artists around the world. It uses themes of resilience and resistance through the power of art and music to energize its presentations, performances and educational programs.

Two Pianos performers and principals will be available for Philadelphia interviews by arrangement on Friday June 8.

For historical reference, attached are an example 1941 concert program and its review. 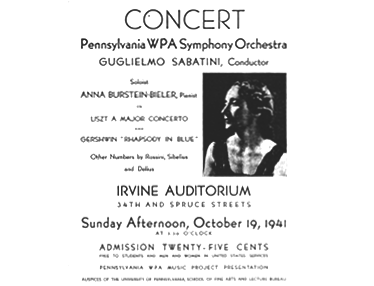 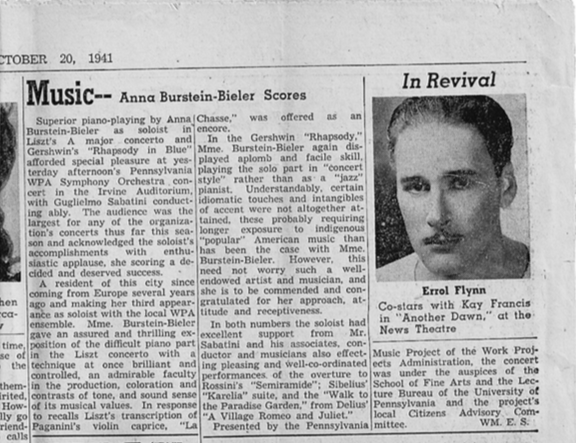