Dieudonné Amisi Mutambala lives in the DR Congo, also known as the Democratic Republic of the Congo, or DRC, where he is the director and a researcher and practitioner in Education, Human Rights and Conflict Transformation for Artists for Humanity (ArtHum).  He is also a poet and songwriter.

Dieudonné is from a clan called Bashibilimba, part of a tribe called Babembe.  The Babembe are from Fizi Territory in the South Kivu province in eastern DRC.   Nearly exterminated in the 1960s, other clans were bothered by the perception of the Bashibilimba's close connection to white people and were threatened by their successful entrepreneurship. 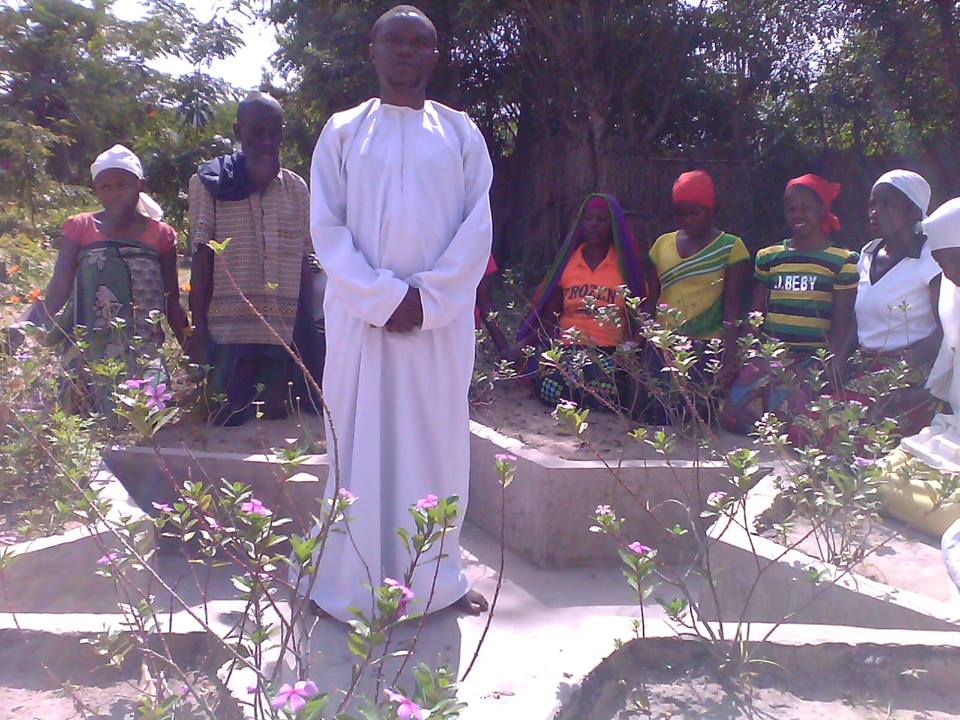 Praying in the center of a star in Dieudonné's village 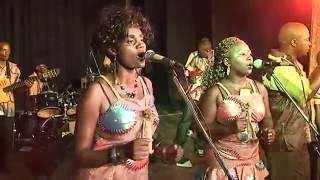 Today, the Bashibilimba are still stigmatized by other clans and face continual threats because the Bashibilimba are Jewish. They are called “The Jews of Babembe”.  On August 5, 2014, Dieudommé reported that government soldiers raided his village, led by Colonel Jaguar under the direction of Bolangé W'Esse, member of the PPRD (Political Party of the Regime on Power in DRC). 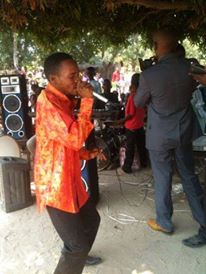 Amisi Bahati (Chance) on microphone and Bisee Sadiki (Jamawa) on guitar, 2 Babembe Jews during an open/public concert campaigning for peace in Mwambangu Village, some days before the 1004th Regiment attacks. 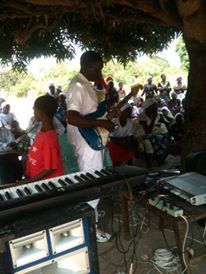 Since 1996, the tension in DRC resulted from the spillovers of extreme violence, massacres, and genocide in Uganda, Burundi, and Rwanda. Rebel leadership squashed the oppression of the Marechal Mobutu regime. Dieudonné survived the conflict of his homeland by fleeing from Kinshasa to Bujumbura-Burundi, seeking asylum in Burundi between 2000 and 2003, returning to east DRC from 2003 to 2007, and fleeing again to Burundi for asylum from 2007 to 2010. 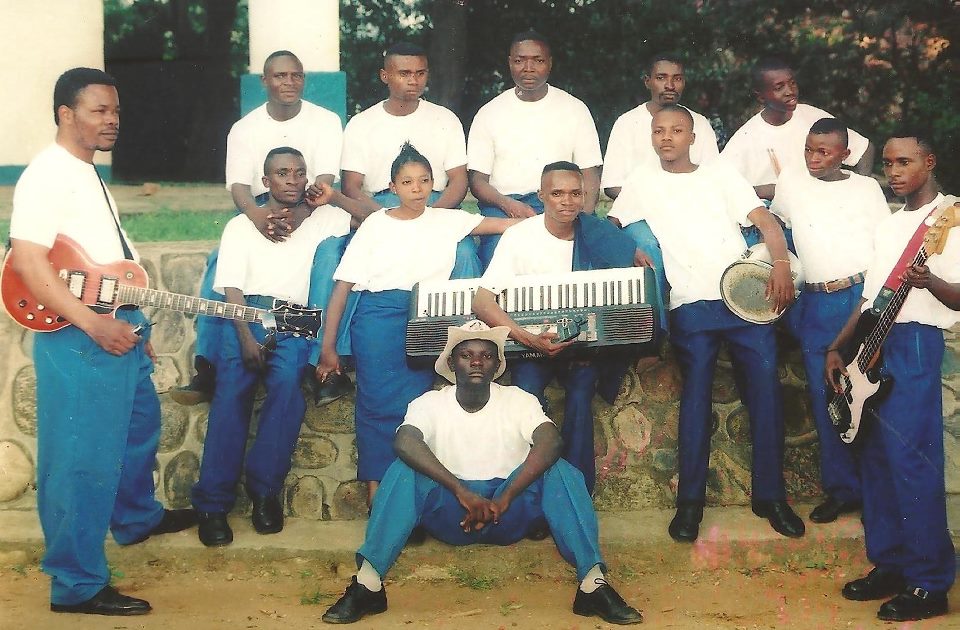 Returning to DRC, Dieudonné and a number of other Congolese artists are fighting to preserve human dignity.  Organizing in 1999, they call themselves Artists for Humanity (ArtHum).  ArtHum’s goal is to contribute to humanity’s safeguard by promoting cultural and artists-based programs to inspire good practices and find healing solutions that result from destructive human behavior and natural disasters.  Their efforts are made despite challenges of resources and security.

This is the house where the ArtHum's musicians were hiding to prepare their songs, abroad in Bujumbura-Burundi during 6 month-from October 2002 to March 2003

Since ArtHum’s formation, the government has kept an eye on their activities.  Members of the group have been threatened to death, imprisoned, and forced to disappear.  The government confiscated ArtHum’s music albums because of their content, leaving  no trace of their songs.  One album was "ULIMI", produced in Kinshasa by N'Diaye Productions, sometime before 2000. Missing for more than a decade, "ULIMI" was mysteriously found and distributed on iTunes in April 2015.  The album features singer Lady Biby Riziki and includes the song "Africa", about the horrific massacres of the time (which continue today) and "Orphelin", a song dedicated to the orphans left behind after their parents perished.

In 2003, the album "Drapeau bleu" was recorded with ArtHum's band "Orchestre ArtHum" for the purpose of campaigning for peace and fighting against oppression.  Four- language versions of the album were released in French, Swahili, Lingala, and Kibembe, the language of Dieudonné's tribe.  After the songs were distributed to DRC radio stations, the authorities banned the stations from playing them and destroyed the files from the recording studio. 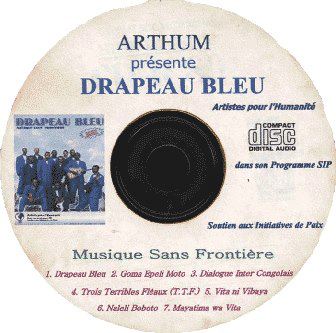 While the band is struggling to exist, losing all of the instruments from a systematic looting, they are dedicated to continue--they feel there is no other choice to survive.

Diedonné’s commitment to arts and human rights is his life’s work.  He explains, “Art allows the traditions, customs, cultures, doctrines and disciplines to come together, overlap and accommodate each other. We might call this phenomenon "dialogue of culture through art." Dialogue between cultures is an essential factor for mutual understanding and cooperation between peoples and nations. Mutual understanding, solidarity, and common cause (to defend) that art forges in practitioners’ minds and teaches to the public are subsequently necessary for the community life quality. It effectively fosters our sociability.”

Leave a Reply to The Jüdische Kulturbund Project » Newsletter-March, 2019