We are honored to share this collection of relevant work by artists who create music and art in response to oppression, fight persecution through cultural expression, embrace identity, and preserve memory.

LIFT EVERY VOICE AND SING
Performed by Alicia Keyes

On September 12, 2020, the opening night of NFL football, Alicia Keyes performs LIFT EVERY VOICE AND SING,  described in the Washington Post as a song often described as the Black national anthem, with scenes interspersed of NFL players staging pregame demonstrations.  Written by James Weldon Johnson and his brother J. Rosamond Johnson in 1900, the song would become known as the “Negro national anthem,” after Booker T. Washington recognized it in 1905, and the NAACP adopted it as an official song.

Mallika Sarabhai's contemporary cross-cultural interpretation of Maya Angelou's I Rise, performed at the Tribeca Arts Centre for the Battery Dance Company and Jonathan Hollander.  This video comes with the hashtag #ifwedonotrise on a day when 500 civil society organizations get together to speak up against the shrinking of democratic values and institutions in India. You Tube, Sep 5, 2020.

Fulu Miziki says, "Making our own performance costumes, masks and instruments is essential to their approach of Fulu Miziki’s musical ideology. Their unique sound supports a pan-African message of artistic liberation, peace and a severe look at the ecological situation of the Democratic Republic of Congo and the whole world. For Fulu everything can be recovered and re-enchanted."  You Tube, May 24, 2020.

WHAT TO THE SLAVE IS THE FOURTH OF JULY?:
Descendants Read Frederick Douglass' Speech | NPR, July 3, 2020

The U.S. celebrates this Independence Day amid nationwide protests and calls for systemic reforms. In this short film, five young descendants of Frederick Douglass read and respond to excerpts of his famous speech, "What to the Slave is the Fourth of July?" which asks all of us to consider America's long history of denying equal rights to Black Americans.

You can read the full text of “What To The Slave Is The Fourth of July?” here.

"I Just Wanna Live" is an emotional song about the death of George Floyd who was killed by police in Minneapolis, MN on May 31, 2020.  Performed by 12-year-old gospel singer Keedron Bryant.  The lyrics were written by his mother, Johnetta Bryant.

On June 1, 2020, Keedron was interviewed NBC TODAY Show.  "I felt sad that I have to sing that because it's unfair that we can't go out and, like the song says, live...I just want to live. We can't go out and enjoy life and not be afraid, fear that something is going to happen to us, so it was really sad to have that feeling." 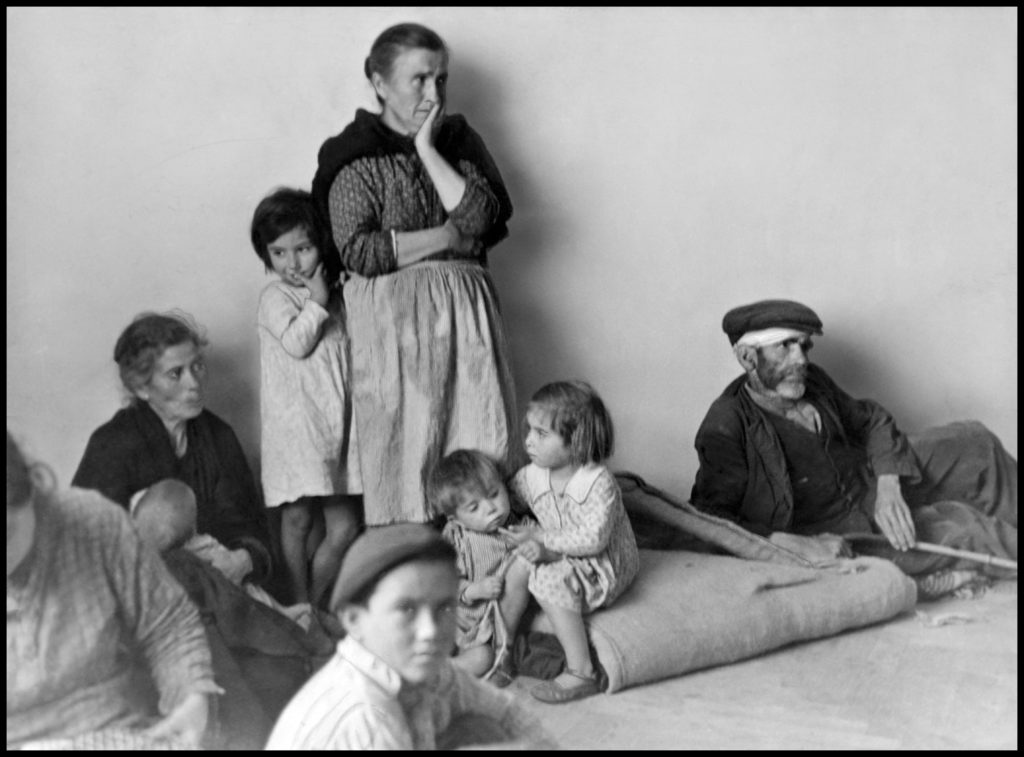 A PICTURE IS WORTH A THOUSAND WORDS

A brief story written by Nida Khan, intern for The Jüdische Kulturbund Project, about Gerda Taro and Robert Capa, two Jewish photojournalists who used their photos to fight the Fascist movement growing in Europe in the time before WWII.  Click here to read the story.

The JK Project has shied away from including in our collection the current-day musicians and artists response to US issues of oppression. But it is no longer something we can avoid.  Nick Cannon unleashed the reality in 3:33 minutes.  May 31, 2020.

Two video stories from children in Yemen.  Produced by To Be Or Not To Be Organization/The Little Star Project.  May 2020.

Song Around The World, “The Weight,” featuring musicians performing together across 5 continents. Great songs can travel everywhere bridging what divides us and inspiring us to see how easily we all get along when the music plays. Produced by Playing For Change.  They give special thanks to Cambria® for helping to make this possible and to Robbie Robertson, Ringo Starr and all the musicians for joining in celebrating 50 years of this classic song.

WE MADE THE BOMB

The Washington Post story of Amiri Ag Abdoulaye, 18, who fled horrific violence in Mali. Now in one of the last safe havens in Burkina Fas, he finds escape through dance.

One Love - Bob Marley | Tower of David.  On June 14th, 2018, in honor of the historic visit to Israel by Indonesia’s religious leader Sheikh Haji Yahya Cholil Staquf, Koolulam invited 1,000 people who had never met before to a special event at the Tower of David in Jerusalem, to sing one song, in three languages and in three-part vocal harmony. The event was produced in conjunction with the Tower of David Museum and Jerusalem.Com.

CBS 60 Minutes reports about the work of Franceso Lotro who has spent 30 years recovering, cataloging and performing music written by prisoners in Nazi concentration camps.  See the entire segment here.

A PRAYER FOR MARTA

In the spring of 1968, people in Czechoslovakia enjoyed a loosening of political and cultural restrictions, a time known as the Prague Spring.  Unfortunately, the Prague Spring lasted only a few months.  2019 marks the 30th anniversary of the Velvet Revolution, a movement that restored freedom and democracy to Czechoslovakia in 1989.  The song A Prayer for Marta, written by singer and freedom fighter, Marta Kubišová, became the anthem of occupied Czechoslovakia.  Marta helped lead the Velvet Revolution and sang her famous ballad A Prayer for Martha on November 21st from a balcony above Wenceslas Square on November 21, 1989 (documented in the video above).  Thousands gathered to hear Marta sing the song of freedom, which also marked her return to stage.  To learn more about Marta, click here.

Written by artists, Ougly Facile & Tonic Y4, this is a well-known inspiration song in South Sudan that talks about how people are suffering in the refugee camp. Produced by 5ve Make Visio Media (2017).

Written by Tom Minter, directed by Dione Joseph, and produced by JK Productions: He Korero Ngā Tahi, AMERICA REX is a story about power, politics and personalities colliding in an epic drama that calls for a return to indigenous ways of knowing and belonging. Led by a diverse cast of New Zealand talent this is multi-disciplinary collaborative production that invites the audience to imagine a different present — or relinquish ourselves to an inevitable future.

This important project recognizes our communities need to come together to grapple with a changing landscape, to understand our responsibility to Papatuanuku and to respectfully filter the wisdom of the ages to our present. Our change is present, our power is now, and our future is here. As citizens who believe in endless possibilities — it is our time to speak out.

Directed by Sundance award-winner Rob Fruchtman, MOVING STORIES follows six diverse dancers from Dancing to Connect to India, Romania, Korea, and Iraq, documenting their process of teaching choreography and collaboration for performance within a week, while capturing the struggle, frustration, determination, and transformation of students and teachers.

Battery Dance Company, founded by Jonathan Hollander, created Dance to Connect, in which his dancers travel around the world to encourage youth who experienced war, poverty, sexual violence, persecution, and severe trauma to express their feelings and stories through dance.

ANATABAN'S BLACK TIDE official music video launched on April 23, 2019 to raise awareness on the disadvantages of oil pollution in South Sudan's oil drilling sites. Children are born without limbs, others with three legs while others extremely deformed.

ANATABAN is a campaign and movement started by young South Sudanese creatives to support the 'taban/tired' people of South Sudan.

CAMERA KIDS, a documentary film currently in production by GroundTruth Films, tells the story of Gadi Habumugisha, Bizimana Jean, and Mussa Uwitonze, three orphans of the Rwandan genocide.  While growing up in the Imbabazi Orphanage, they learned from David Jiranek, along with other kids, how to take photographs . Today Gadki, Bizimana, and Mussa are professionals photographers.  When they are not taking photographs, they work with Through the Eyes of Children to teach vulnerable kids how to express themselves through the camera lens.

CAMERA KIDS was featured on PBS News Hour on April 5, 2019 to mark the 25th anniversary of the Rwandan genocide when nearly 800,000 people were massacred, leaving just under 100,00 children without parents. Nearly 75% of the Tutsi people were killed.  According to the Washington Post, Rwanda's third and smallest ethnic group, the Twa were also victims of the genocide.  About 10,000 Twa people were killed and another 10,000 became refugees.

MASS FOR THE OPPRESSED

MASS FOR THE OPPRESSED was written by Alaskan composer Emerson Eads in response to the release of four Native Alaskans, known as The Fairbanks Four, from prison after eighteen years of wrongful incarceration. They were released in December of 2015 with no chance to seek any reparations from the state of Alaska.

When accepting our request to share "Mass for the Oppressed" with us, Emerson wrote, "Indeed oppression is oppression, no matter if it is in Alaska, or in Eastern Europe, and any attempt to draw attention to marginalized groups, combines the voices of oppressed and makes them harder to ignore."

“THROUGH THE EYE OF THE NEEDLE” explores the capacity of the human heart to heal.  It is a story about Esther Nisenthal Krinitz resilience and response to persecution during the Nazi occupation in Poland and the preservation of memory through her art.  The Art and Remembrance Foundation, founded by Esther's daughter, Bernice Steinhardt, helps us remember that "genocide and other acts of baseless hatred are still with us, and that Esther’s story, and those like hers, compels us to build a just and peaceful world for all".

WHAT DOES "THE RIGHT TO PEACE" MEAN TO YOU?

To UNMAS (United Nations Mine Action Service), peace is achieved by creating a safe environment for people to live in, without the threat posed by explosive hazards.

Arts, especially in the form of music, is another way of promoting peace. Maestro Karim Wasfi and UNMAS in Iraq (September 2018) joined efforts to promote explosive violence reduction and reconstruction. Maestro is playing the cello in the destroyed buildings of Al Shifa Hospital Complex where approximately 2,000 explosive hazards were removed by UNMAS.

Patricia Hall, a music theory professor at the University of Michigan, unearthed music manuscripts arranged and performed by prisoners at Autschwitz-Birkenau in Poland.  The full story was published by NPR on December 2, 2018.

Margot S. Neuhaus shares tells us about COMING FULL CIRCLE, an exhibit of her artwork in two series, "In Memoriam" and "Light Motives". "Coming Full Circle" was exhibit at the Galicia Museum and the Jewish Community Center in Krakow, Poland as part of the Jewish Culture Festival, June 23-July 1, 2018.

Pittsburgh producer Jose Muniain shared with us his story of poet Huang Xiang, considered to be the pre-eminent post cultural revolution poet of China.Huang Xiang was born in Hunan Province, China, in 1941.  His unceasing bravery, in the face of sure re-imprisonment, and further torture, forced him to leave his homeland.

Huang began writing poems in the 1950s and has been imprisoned repeatedly for his work. In 1978, he founded “Enlightenment,” the first underground writers’ society, and started a literary magazine with the same title. In exile in the United States since 1997, he was also a resident poet in Pittsburgh under the Cities of Asylum program for writers.

Produced in 2016, TODAY WE SING is a music video, directed by Yousef Nateel, that shows us the realities of life in the Gaza Strip.  As described by teifidancer, the music video shows us a place "where electricity flows for just eight hours each day, in this open prison where 1.8 million Palestinians are now contained. Many young Gazan musicians and singers  are starved of permanent performance spaces, but despite bombardment, explosions, rockets, violence, struggle, terror, borders, all these restrictions, increasingly many are now using the internet to display their talents and share their messages of hope, peace, and freedom to the world."

Sweden's Riksteatern Värmland (the Rik), the National Touring Theater of Sweden, implemented the project to teach 17 participants music theory and music production.  These young musicians who are unable to find jobs in the Gaza Strip, paid with the little money they had for their musical efforts.  Thanks to the support of the Rik who provided the project with portable studios, these young musicians can share music on social media so that others may hear their songs.  This documentary tells their story.