Born in 1942 in Iran, Nicky grew up in Kermansha, about 18 miles from the Iraq border in western Iran.  Nicky was accepted to the School of Fine Art at Tehran University in 1961 where he received academic training and studied impressionistic paintings and classical masters, which influenced him deeply.

At the time that Iran was ruled by Shah Pahlavi, Nicky was awarded a scholarship in 1969 to study at the Beaux Art in Paris.  Circumstances changed Nicky’s course.  Paris was in turmoil since the student uprisings the year before.  President de Gaulle’s government negotiated with protesters that included a major education bill reform.  All scholarships were withdrawn.  Without the scholarship, Nicky went to New York City to paint.  There he participated in demonstrations against the Shah’s repressive system and the U.S.’s involvement in Vietnam.  He rejected painting for a few years, organizing a workshop to create posters for the political liberation and resistance against political repression in Iran and around the world.  In 1972, Nicky went back to painting, studying at the City College of NYC where he received his MFA.  Then he used art “as a means of expressing myself, exclusively”.

After receiving his MFA, Nicky returned to Iran shortly before the Iranian Revolution to teach at the School of Fine Arts at the Tehran University.  However, the secret police (SAVAK) interrogated him for a few months, and then told Nicky he was not allowed to teach at any educational institution or cultural center in Iran.  SAVAK allowed him to exhibit his art once a year.  He went back to New York painting and preparing for an exhibition in Iran.  His work reflected his feelings of the “socio-political environment of Iran against the backdrop of the 1979 Iranian Revolution.”

In 1980, Nicky’s paintings were exhibited at the Museum of Modern Art in Tehran in a retrospective, comprising of paintings he brought from the USA and those he did during the Iranian revolution.  The Islamic Republic newspaper denounced the show as “anti-revolution, anti-leadership of Islam and pro-Western imperialism”.  Nicky flew back to New York two weeks later, leaving his paintings behind in Iran. 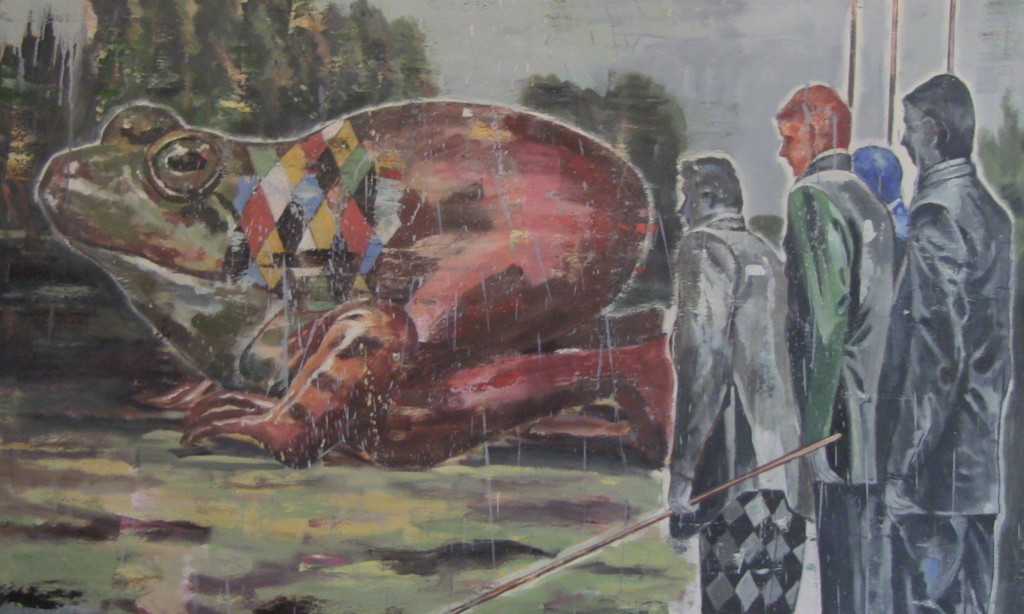 As he told the Huffington Post in September 2013, “The recent revolutionary movements across the Middle East region require -- more than ever -- that art and artists take a position of responsibility on the political stage. It helps to educate people and be part of the resistant movement. Artists can help to advance the people's revolutionary aspirations for political freedom and equal justice.” 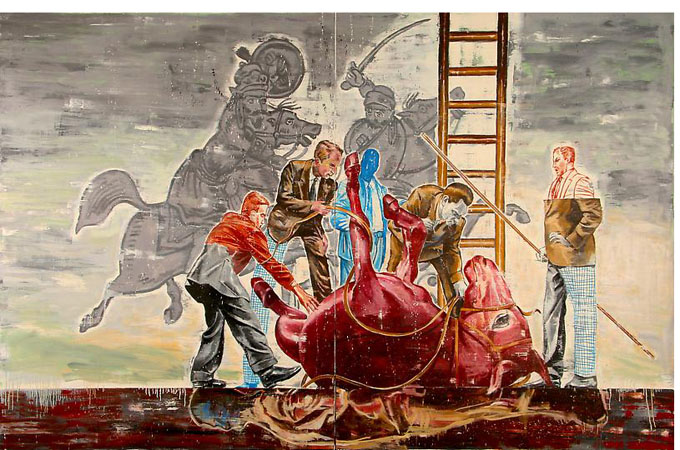 Nicky Nodjoumi’s large-scale paintings are described as visual, theatrical narratives that are both serious and ironic, raising awareness about old and new history, socio-political struggles, communicating feelings of aggression and victimhood.  His work has exhibited internationally in the Metropolitan Museum of Art in New York, the British Museum in London, the Salsali Private Museum in Dubai, the National Museum in Cuba, the Cleveland Institute of Art, as well as the Taymour Grahne Gallery and the Asia Society in New York.