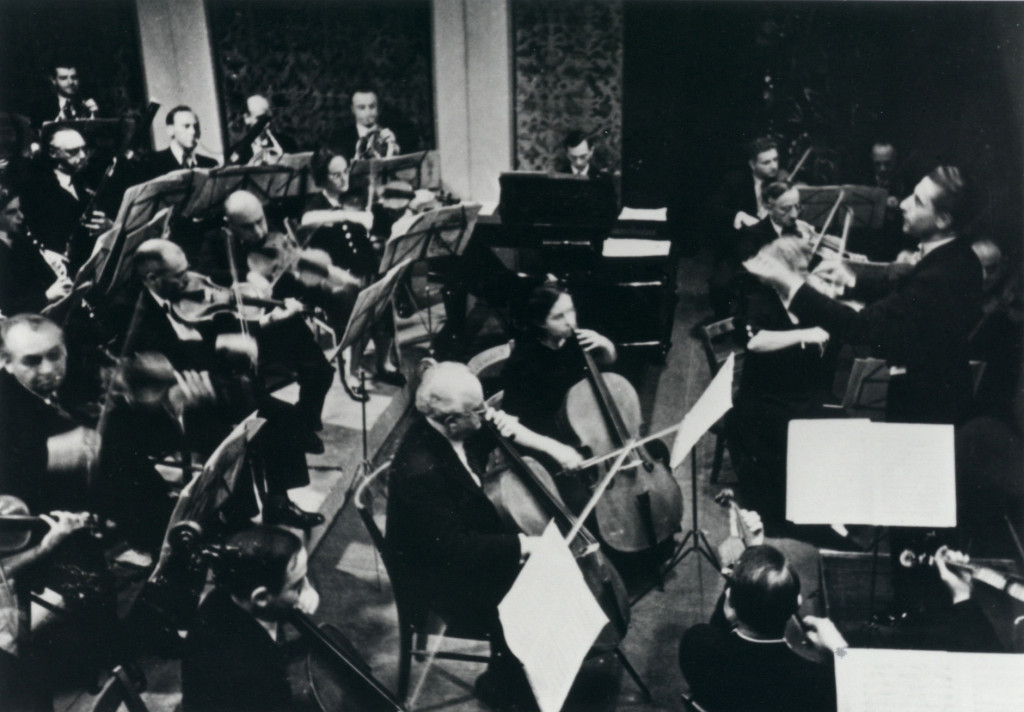 Many Jewish musicians and performing artists from the most prominent theatres in Germany (the Deutsche Theatre, the Staatsoper, and the Berlin Philharmonic) performed in the Kulturbund. Rudolf Schwarz, an Austrian musician who played viola for the Vienna State Opera, moved to Germany. In 1935 he became the music director of the Berlin’s Jewish Kulturbund until 1936 when he left “for good” for Sweden. Kulturbund directors Rosenstock and Singer persuaded Schwarz to return in the autumn of 1937 where Schwarz conducted in Berlin until 1939 when the Nazis imprisoned him. When the Kulturbund was dissolved in 1941, he was sent to Auschwitz and then to Sachsenhausen, ending up in Belsen until 1945. Surviving the camps, he settled down in England and eventually became principal conductor of the City of Birmingham Symphony and the BBC Symphony Orchestra. It is at the Birmingham Symphony where he meets the young musician Simon Rattle. The two forge a strong mentor-protégé relationship. Simon Rattle, also a Jew, is the music director and conductor of the Berlin Philharmonic since 2002.[/caption]

Leave a Reply to Gail Prensky