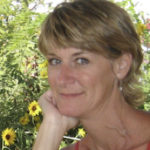 Gail Prensky — Executive Producer
As creator and director of The Jüdische Kulturbund Project, Gail brings to this project a deep and first-hand understanding of the Kulturbund’s spirit and recognizes that their issues of living under oppression continue with artists around the world today. Her interviews with the Kulturbund survivors and current-day artists form the basis of her passion and vision for this project, which is rooted in the Kulturbund’s strong regard for music and the performing arts.  In 2001 Gail started researching and gathering material about the Kulturbund. Several years later she has brought together select talent, partners, and like-minded supporters to make this project possible and then interviewed artists living under oppression in various countries. Her hope and dream is that the project will serve as a beacon of inspiration to all people.

Mark Haney — Project Manager
Mark brings organizational, financial, and administrative expertise to our project’s team. He is an international trade economist with over 25 years of experience advising companies, foreign governments, and trade associations on issues relating to international trade and economic and business trends. Among other things, Mark served as senior executive for a number of companies, including as President and CEO of the International Business and Economic Research Corporation (IBERC).

In the course of his work and life, Mark developed a strong interest in global issues focused on human economic rights, art, and music. Among other endeavors, he created a vision for, and served as the executive director of the Cheick Hamala Foundation, which is dedicated to building an institute for performing arts in Mali and strengthening cultural ties between Mali and the Western world through education, interaction, and art. Mark is also an avid craftsman and sailor and amateur musician and filmmaker. 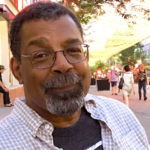 Tom Minter — Playwright
Tom Minter  is a playwright, librettist and author, whose work specializes in issues of diversity, and the tapestry of identity in creating community. He has had commissions and productions of his work in London, Berlin, New York, Philadelphia, Washington, DC, and, in 2018, New Zealand.

Stanford in Washington commissioned Tom’s play BLUES FOR A ROYAL FLUSH in 2013, a work resonant of the experience of jazz music history & performance, through differing routes of segregation and challenge, by Ethel Waters, Ella Fitzgerald, Billy Strayhorn and Lena Horne, all while in an orbit of DC native son Duke Ellington. The work had its premiere at the Duke Ellington School for Arts in February 2014, and was given permission, by the Henderson Estate, to utilize Luther Henderson’s music charts as the basis for the musical performances. BLUES was also presented (in a condensed version) on the Millennium Stage at the Kennedy Center in November 2017.

Washington National Opera/Kennedy Honors commissioned Tom to create a work on the lives, legacy and artistry of two singing icons, women of color, Marian Anderson and Leontyne Price. The resulting work, entitled THE ME I WANT TO SING, was premiered on the Millennium Stage.  It has subsequently been presented in the Family Theatre at the Kennedy Center in April 2019, and was mounted again in September 2019, as part of the programming of The March On Washington Film Festival (MOWFF), at The National Portrait Gallery, in Washington, DC.

At the outset of this journey towards realizing the dimensions of  BY ME YOU'LL NEVER KNOW, Brendan Bradley gave immeasurable time, experience, and texture to the curated 3 FRAMES / BY ME.  In a window of pandemic hiatus, 3 FRAMES allowed for visibility, and initial workshop, investigating visual technology in the palette of this work.

The current work in progress, 3 FRAMES / BY ME, is curated from the full play By Me You’ll Never Know, and seeks unique ways of viewing the intersection of memory, colorism, ‘otherness’, social/family history, and the arts. Tom is grateful to have the continuing support of Makeba Clay, Horning Chair for Diversity, Equity, Access, and Inclusion, and support of The Phillips Collection for this workshop and presentation. Thank you Gail Prensky & Mark Haney for The Jüdische Kulturbund Project sponsorship of this process.  Thank you for The Gathering, Derek Goldman, the establishment of which continues the knitting of an astonishing coalition of Creative artists, experimenting in works of social justice, arts-mesh exploration, and intentionality in threads of culture discourse...a foundational thank you to the beau; and to family, friends, supporters, and Theatre Angels who have embraced the results of my journey, in continuing support to onwards! 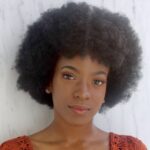 Jasmine Mitchell — Director
Jasmine Mitchell is a multi-disciplinary artist, most notably as a writer, director, and performer. She is a proud daughter of immigrants, from the beautiful island of Dominica. Jasmine is a recipient of the Kennedy Center American College Theatre Festival (KCACTF) Stage Directors and Choreographers competition Honorable mention. University of Maryland; B.A. in Theatre. Her work centers faith-based, Christian stories that highlight the experience of Black women, Black families, and marginalized groups at large. Jasmine firmly believes that theatre and film can be a tool for creating social change outside of the political arena. You can find more of Jasmine’s work at here.

Brendan Andolsek Bradley — Co-Scenic Designer
Brendan Andolsek Bradley is a multi-award winning actor, writer, director and producer known internationally as “America’s Scrappy Storyteller” (AR Post) with 100+ IMDb credits, 50M+ views online and a leader in the virtual theater movement leveraging groundbreaking XR/VR tools for live performance. He established The Integrative Technology Lab at New York University’s Tisch School of the Arts to foster the next generation of multi-disciplinary live storytellers. During the pandemic, he released case-studies of ubiquitous streaming tools for live performance, including a customizable virtual theater in your web browser that allows anyone to get “on” stage for free. More at brendanabradley.com/futurestages.

Corey Emerson — Stage Manager
Corey Emerson (M.M.), has performed professionally on bass, brass, and vocals for nearly twenty years as a performing/recording artist across many genres including Jazz, Musical Theatre, Country, Funk, and more. Corey has a decade of experience in education as well, having led band programs in NYC, Arkansas, and Missouri, with ensembles ranging from beginning to collegiate level.  Corey is excited about exploring this online experience with the audience in a newer medium, and hopes you enjoy the performance. 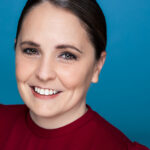 Elle Emerson is an actor who also enjoys working behind the scenes as a stage manager, producer, writer and production stills photographer. She is originally from Southeast Missouri and holds a B.F.A. in acting from Arkansas State University. She has been acting professionally since 2011 and has worked in film, television and on stage. Some of her more notable projects include an Off-Broadway production of THE LARAMIE PROJECT; A MIDSUMMER NIGHTS DREAM with NYC’s New Light Theatre Project and COLD RAIN, which won “Best Drama” at the 2018 D.C. Fringe Festival. You can view her website at: elleemerson.com

Natalie Green Tucker is an actor, voiceover artist and communications professional based between DC and New York. Some of her past roles were PASSING STRANGE, FUCKING A (Studio Theatre), FOR COLORED GIRLS...(Theater Alliance), THE OLD SETTLER (African Continuum Theatre), THE TROJAN WOMEN (The Hegira) and THE VIOLET HOUR (1st Stage). She made her off-off Broadway debut in FACE DIVIDED (Theatre Under the Stairs), her film debut in NOCTURNAL AGONY  and is in the short film, HOPE WELL. She can be seen in many training videos including AARP, AETNA and the US Postal Service plus commercials for Pillpack, NFL Shop and America’s Best Eyewear. Natalie is the Executive Director for Artomatic, DC’s largest unjuried arts festival. She has a B.A. in Speech Communications from University of Maryland at College Park and a Master’s degree in Social Work/Social Service Administration from Howard University. 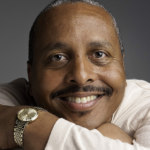 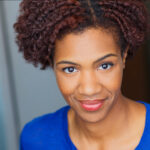 Jeri Marshall (Greer/Jerri/Annie)
Jeri Marshall is excited to be making her performing debut with the Phillips Collection and returning to the D.C. Theatre community. The Baltimore native spent seven years as a Chicago based actress, where she earned her MFA in Acting from The Theatre School at DePaul.  Favorite Chicago credits include: Jane Fairfax/Mrs. Elton in EMMA (Lifeline Theatre), The Ghost of Christmas Present in A CHRISTMAS CAROL (Children’s Theatre of Madison), Mrs. Kirby IN YOU CAN'T TAKE IT WITH YOU (Oak Park Festival Theatre), Helena in A MIDSUMMER NIGHT'S DREAM (Chicago Shakespeare Theatre) and Darla in the TIN WOMAN (Theatre At the Center). TV Credits include: CHICAGO MED (NBC). Jeri has also appeared in commercial spots for The Onion and several voiceovers. She is a Henry Award Nominee for Outstanding Actress in a Leading Role, in the World Premiere of HAZARDOUS MATERIALS (Creede Repertory Theatre). Jeri is blessed to be home with family and returning to her D.C. theatre roots. She is a proud member of AEA and SAG-AFTRA. 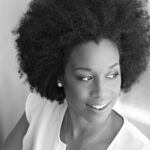 Laree “Ree” Simon (Sara)
Laree “Ree” Simon, soprano, has been honored to perform on the stages of Carnegie Hall, the Kennedy Center, Austria’s historic Congress Stefaniensaal, and to also participate in commissioned works here in Washington, DC as well as abroad. She is excited to lend her voice as Sara in this production of BY ME / THREE FRAMES.

Operatic and theater highlights include roles ranging from Konstanza (DIE ENTFURÜNG AUS DEM SERAIL), Violetta (LA TRAVIATA)  and Manon (MANON) to portraying Ethel Waters, as created for her in the jazz-inspired work BLUES FOR A ROYAL FLUSH, by Tom Minter.

Committed to artistic outreach and education, Ree has engaged audiences through public programs for the NEA Honors, at the National Portrait Gallery, Smithsonian’s Anacostia Community Museum and the DC Public Library through repeated performances of two Washington National Opera commissioned works, JUST OUT THE WINDOW, and THE ME I WANT TO SING.

Under the auspices of Stanford in Washington (SIW), Ree was very proud to be part of their continued public presentation of ON THE PORCH AT CEDAR HILL, an immersive experience in song, reflections, and narrative that has always employed the words of Frederick Douglass, on social justice and civil liberty.

Ree also has found full range for her artistry through collaboration with the Vocal Arts Society, the Coalition for African Americans in the Performing Arts (CAPPA) and as a guest soprano for the historic St. Mary’s Episcopal Church, the oldest African-American church in DC.

When not singing Ree works with a DC-based association, and enjoys the artistry and leadership of Mr. Simon, her husband, in the creativity of their catering business that specializes in barbecue, or in her own artisan baking of sweets and savories.