More Music and Art by AnaTaban and I AM PEACE

ANATABAN AND I AM PEACE
Musicians, Performing Artists, Visual Artists

On June 1 2019, our BULLETS TO BOOKS team (Gail Prensky, Cindy Oxberry, Andy Truschinski, and Sean MacLaughlin) set out for Juba South Sudan, thanks to the support of the U.S. State Department’s Arts Envoy Program, US Embassy in Juba, and the Mandela Washington Fellowship Reciprocal Exchange Program.  We spent 10 days in Juba, meeting over a hundred people:  students, artists, musicians, human rights activists, American and South Sudan diplomats and government authorities. 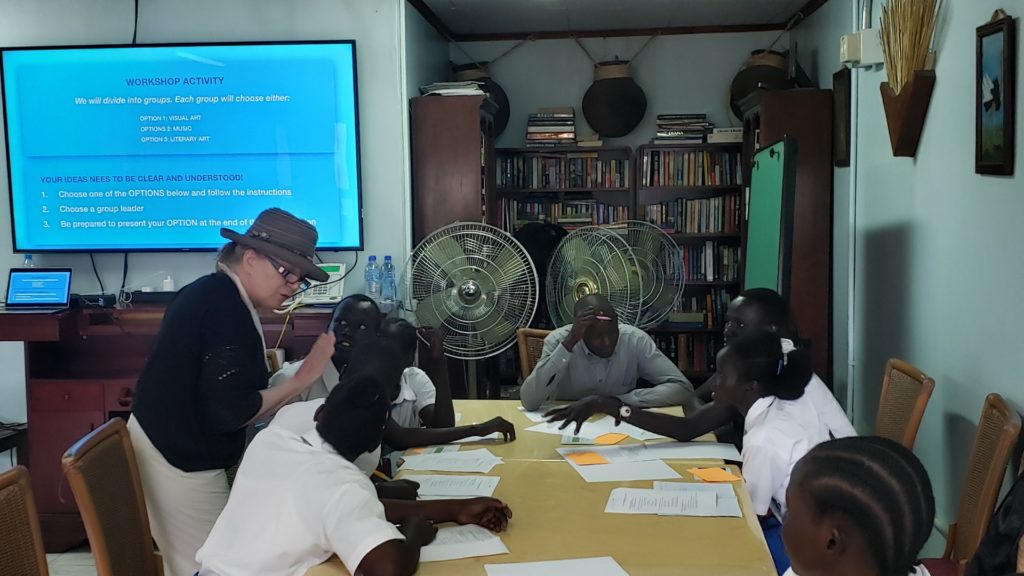 We led art, music, and filmmaking workshops (above), visited the Promised Land Secondary School, and filmed interviews and locations we traveled to Juba for our documentary film BULLETS TO BOOKS.  Our efforts, in the words of the US State Department, are “groundbreaking” and to help “normalize relations with South Sudan”. 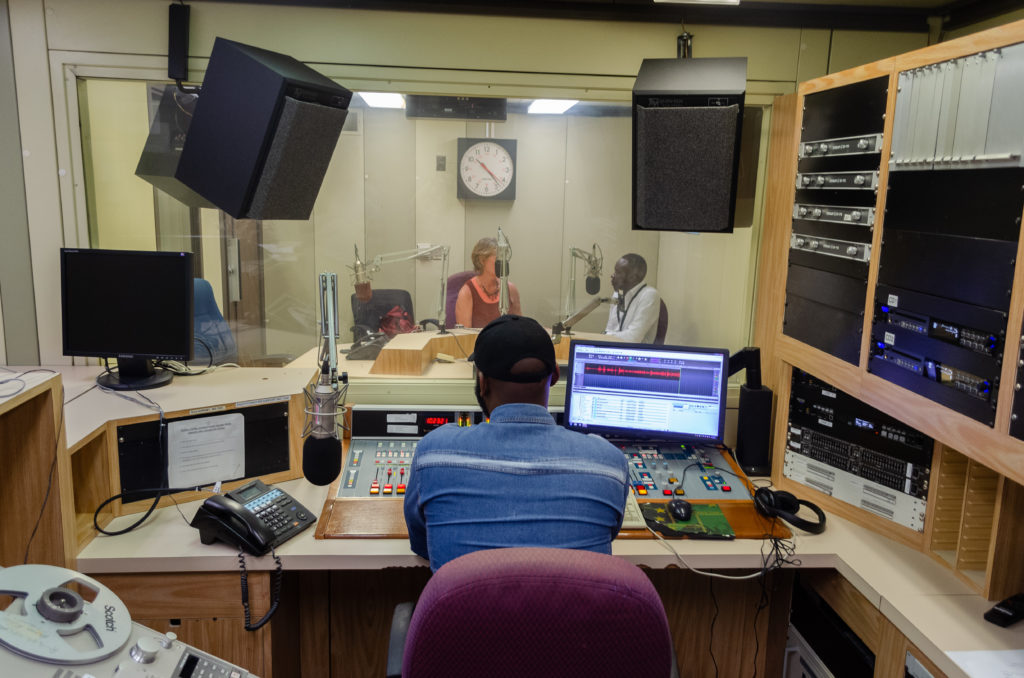 Above is a recording of an interview with Gail Prensky, conducted by Mandela Washington Fellow and Voice of America intern David Mono Danga, describing our efforts in Juba, which aired on Voice of America's South Sudan in Focus aired. 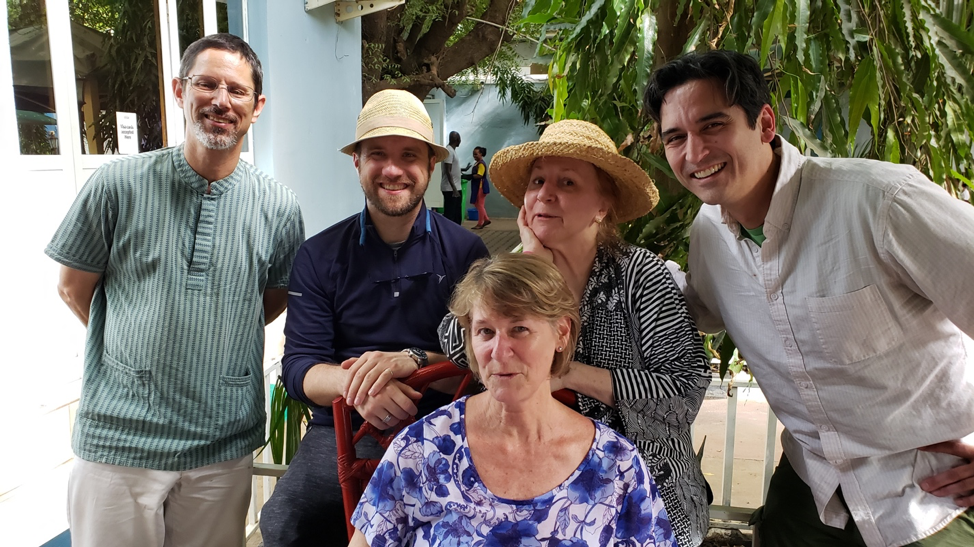 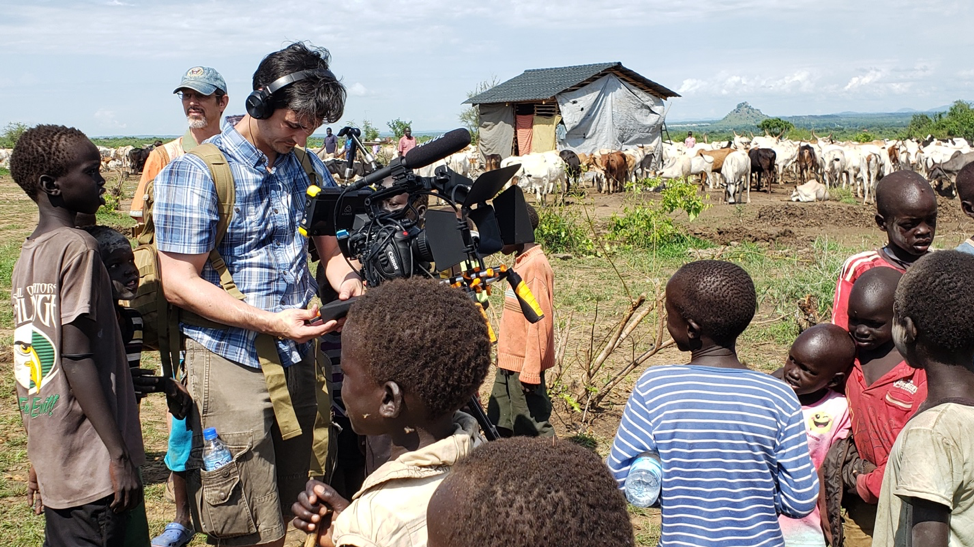 This shared story is about children, musicians, and artists in Juba who work hard for freedom of expression, peace, and unification. 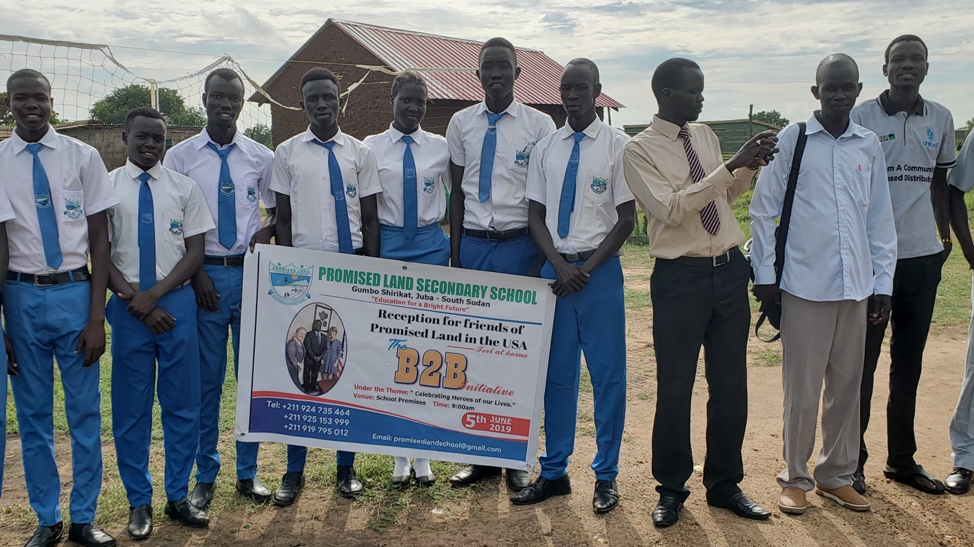 In 2013, two years after South Sudan won its hard-fought independence from Sudan, the young country with limited resources available, faced challenges in developing a sustainable infrastructure that resulted in intense fighting among opposing political parties and extensive disputes among tribes. For the next few years, South Sudanese lived with anxiety as they endured cycles of cease fires and more conflicts.  By 2015, outside forces stepped in to help stabilize the region.  IGAD (Intergovernmental Authority on Development that includes African Union, United Nations, China, the EU, USA, UK and Norway) negotiated the “Compromise Peace Agreement”.  However, instability and anxiety continued as cease fires and conflicts cycled back and forth.

Then in August 2018, another peace agreement was signed.

A year later, the world is watching.  The will of the people is strong.  Bringing about long-lasting resolutions and unification among tribes and opposing political parties is a major effort.  These efforts are currently under way thanks to negotiators and people working at a grass-roots level, including educators, artists, and musicians with whom The Jüdische Kulturbund Project is collaborating.

Many people that we met in Juba — young and old — witnessed unbelievable brutal atrocities in South Sudan in 2013.  They survived the loss of family and friends — parents, aunts, uncles, brothers, and sisters; neighbors, co-workers, teachers, and schoolmates.  It is estimated that nearly 400,000 were killed in that conflict.  Relentless atrocities occurred, including attacks on civilians, ethnic cleansing, child soldiers, rapes, and attacks on UN and foreign aid workers.  More than 4-million people have been displaced and 2.5 million have fled to nearby countries, especially Uganda and Sudan.  South Sudan’s economy has been devastated.  Some 6-million people have been affected by famine, many people fighting over limited resources as they face starvation. 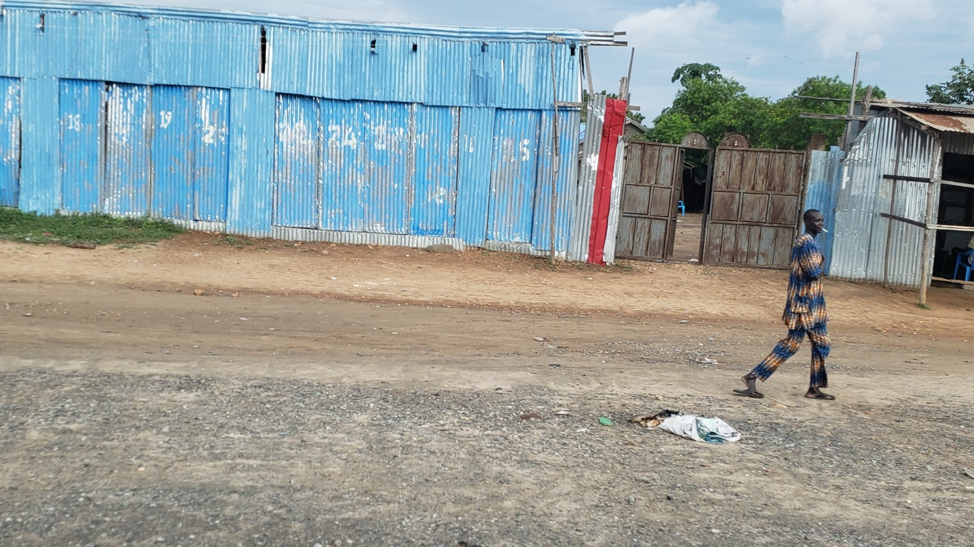 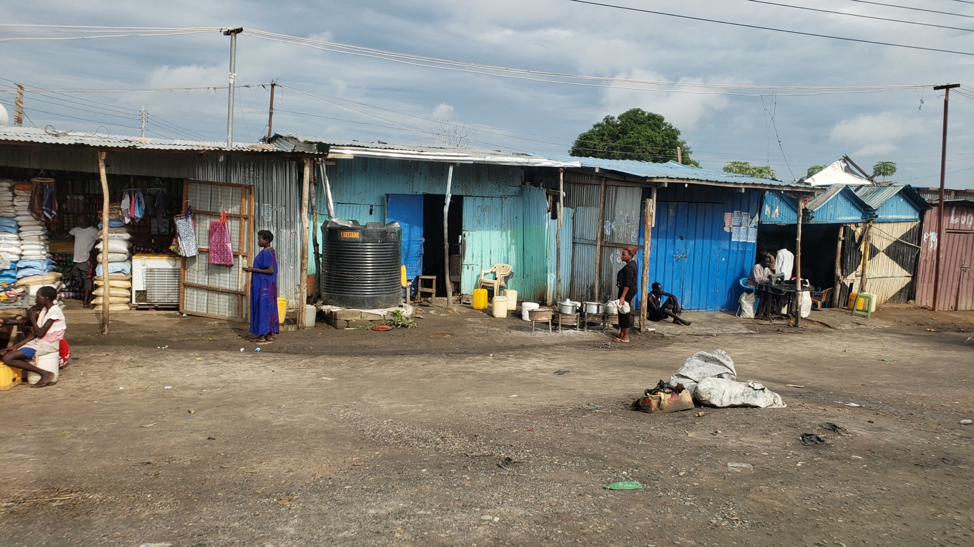 In our efforts to connect with educators, kids, musicians, artists, and filmmakers in Juba, The Jüdische Kulturbund Project is collaborating with organizations Promised Land Secondary School, AnaTaban, I AM PEACE, Crown the Woman, and the Juba Film Festival who are responding to the needs of their country, using the power of freedom of expression and culture and encouraging girls to feel empowered and independent.  We hope that through our efforts, we will inspire others to support the vision of a peaceful and prosperous South Sudan.  This young country has a chance to prosper because of the its people whose identity is rooted in their love of South Sudan.  The people want to stay in their country to organize and build a sustainable infrastructure, develop and utilize their natural resources, educate their children to be strong leaders, produce music and art without restriction, and express themselves freely. 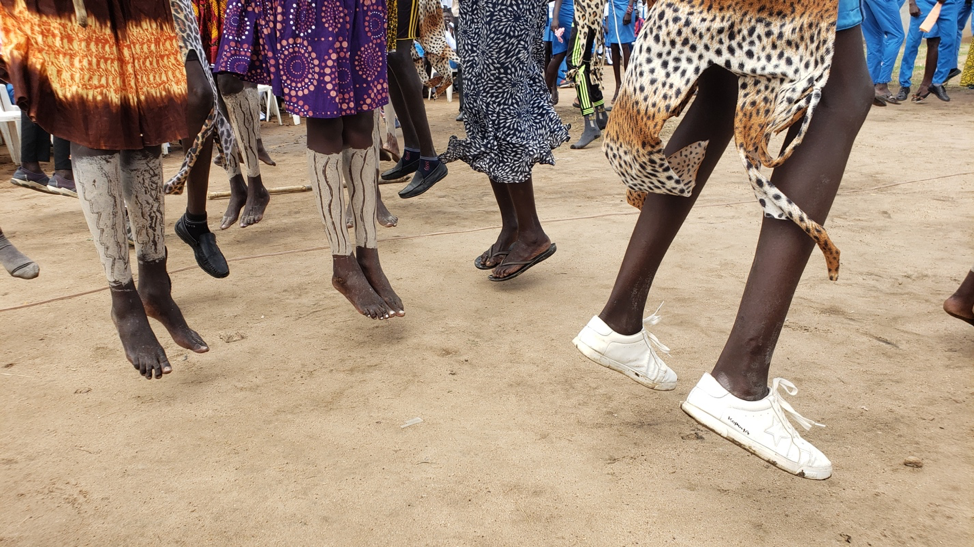 AnaTaban, meaning "I am tired" in Arabic, is an artist collective in Juba that was founded in September 2016 in response to the South Sudanese War.  Their tireless campaign is to stop the endless cycle of violence. 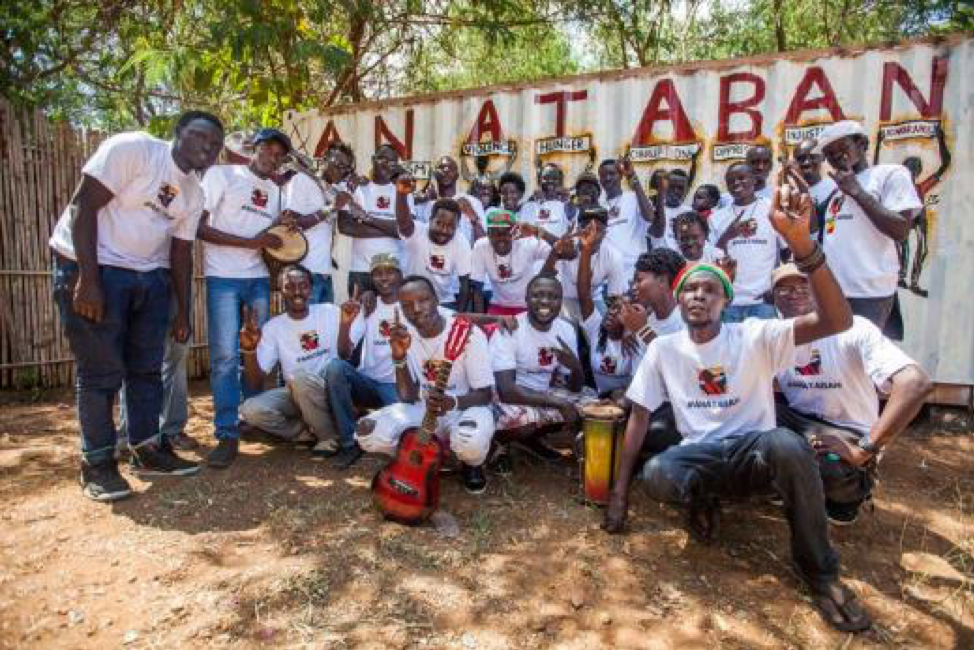 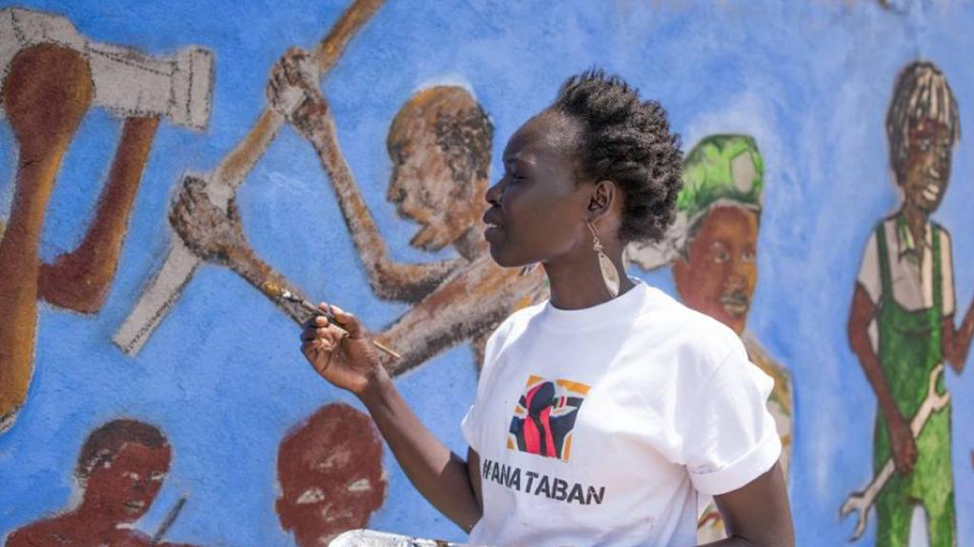 A member of the AnaTaban collective works on a public mural in Juba. (posted on AnaTaban Facebook page)

Among their members are visual artists, musicians, actors, poets, fashion designers and models.  Using street theater, graffiti, murals, sculpture, and poetry, they encourage discussion about social injustice and government accountability and transparency.  Their art is an expression of solidarity, courage, integrity, inclusion, non-violence and political neutrality. 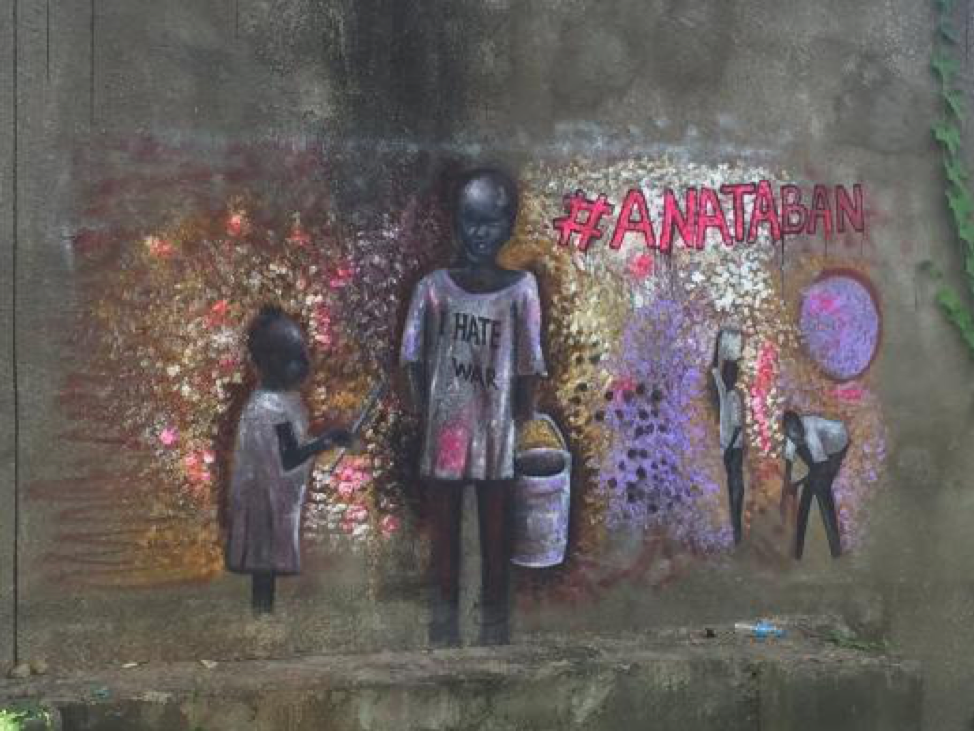 AnaTaban's anti-war street art encourages the public to embrace peace.  These were the first public artworks created in Juba.

Soon after their founding in 2016, AnaTaban produced Malesh”, meaning “I am sorry” in Arabic.

“Black Tide”, recorded in April 2019, is a campaign to raise awareness about the oil pollution in South Sudan’s oil drilling sites. 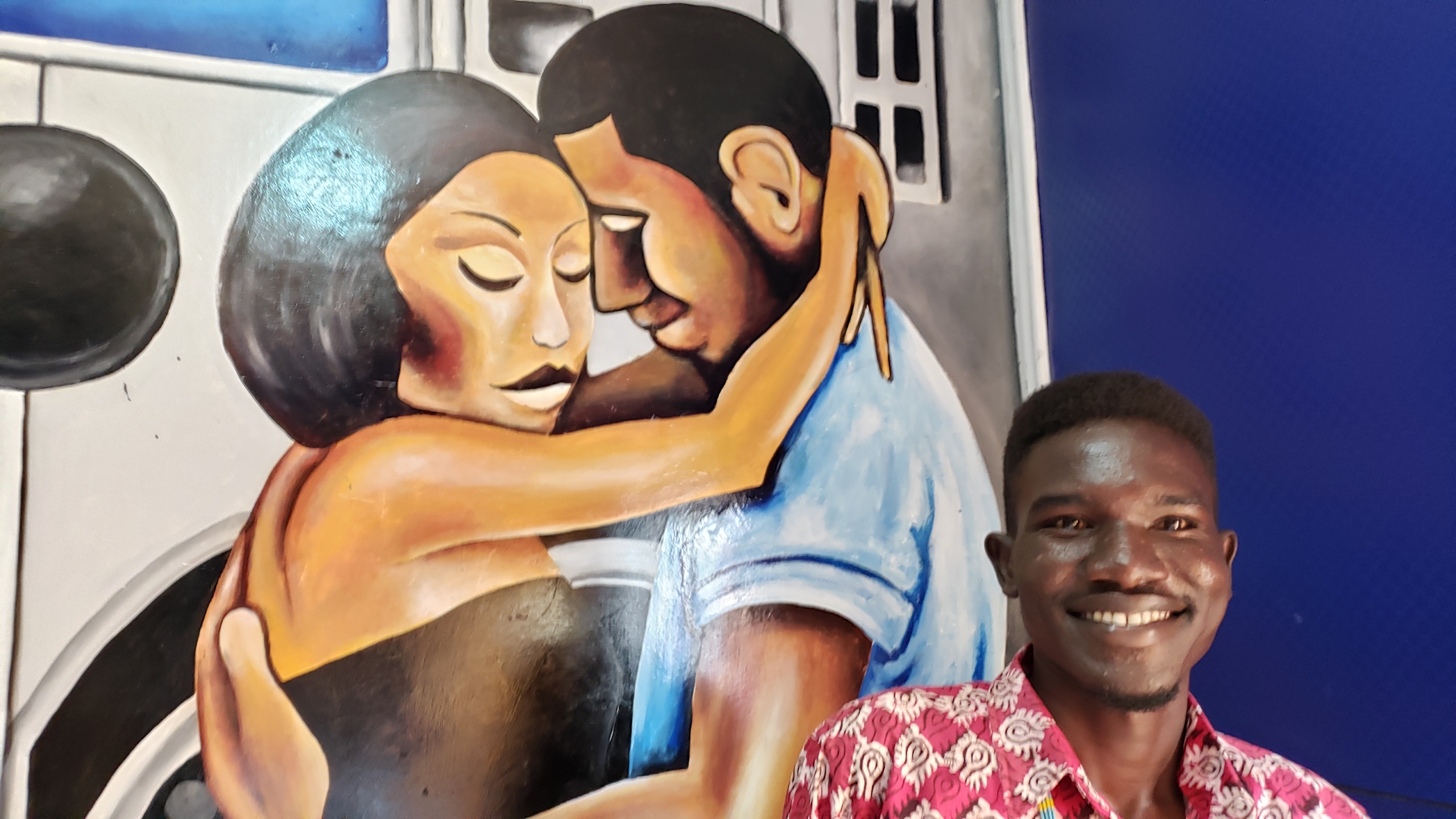 Akot Solip, an artist and member of ANTATABAN, standing in front of the mural he painted inside Asylum Records studio in Juba.

You can learn more about Akot, read his interview, published by Emergent Art Space, here.

Founded in February 2017, I AM PEACE is a non-governmental organization (NGO) based in South Sudan and Uganda.   I AM PEACE is determined to build a sustainable, violent-free society in their new country.  Through entertainment and education efforts, I AM PEACE raises awareness and issues focused on peace and addresses concerns of early and forced marriages and teenage pregnancies,  empowering girls through education so that they may realize an independent life.

I AM PEACE musicians and The Jüdische Kulturbund Project are collaborating with musicians and performing artists who are prominent members of the emerging entertainment industry on BULLETS TO BOOKS, a documentary film featuring Jok Abraham Thon and the school he founded, Promised Land Secondary School. 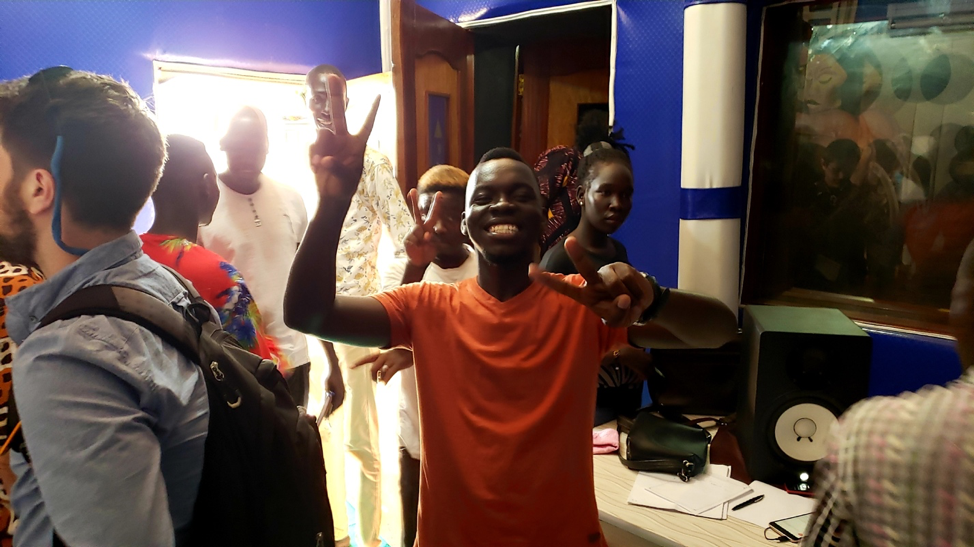 I AM PEACE Founder and executive director Lupai Samuel Kenyi (center) and musicians gather at the Asylum Records studio to work with producer Ochwo Junior Linus to record and produce the theme song for BULLETS TO BOOKS, an initiative of The Jüdische Kulturbund Project, which brought us to Juba.

Singers Cindy Oxberry and Lupai Samuel Kenyi harmonizing in the studio for the “Bullets to Books” theme song recording.

I AM PEACE "All Star Peace Ambassador" music video and theme song "Ana Salam", meaning I am peace, promote the talent of its music collective. 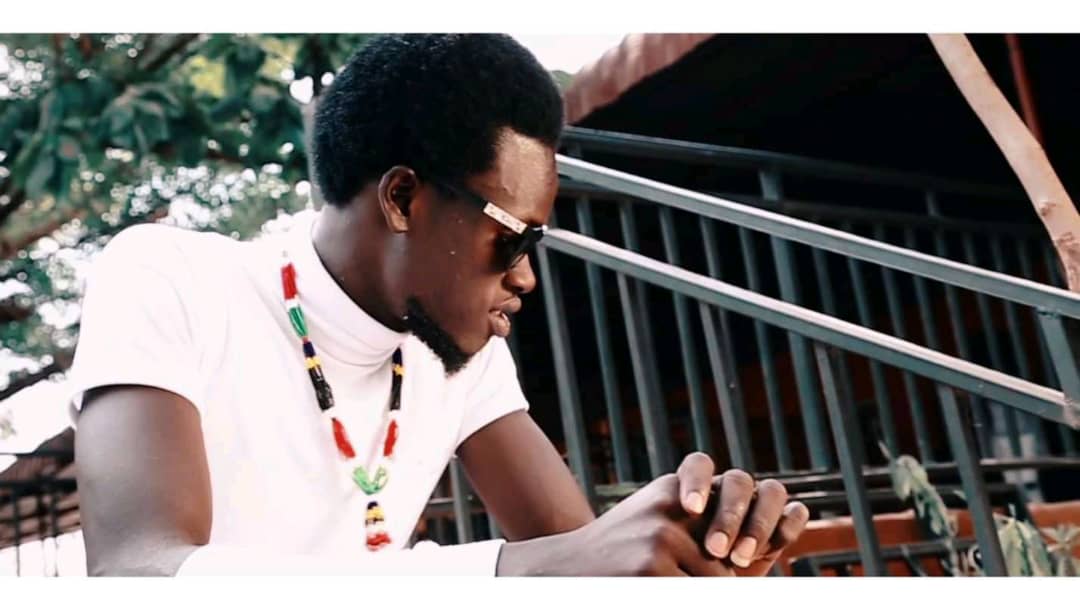 Musician DD Dawoody (above) was one of the musicians who welcomed the LOST BOYS back to their country in 2013.  Today he is a member of Ana Taban and I AM PEACE and studies economics at Upper Nile  University.  He is concerned about the ability of South Sudanese to live a stable and secure life because of the devaluation of his country's currency and inflation.

In 2019, DD Dawoody & 42 Mawutu produced the music video Haya Junubin, above.  Other music videos produced by DD Dawoody include SOUTH SUDAN IS MY HOME, MY HOME, I LOVE MY NATION, and ACHA MACH.

More Music and Art by AnaTaban and I AM PEACE