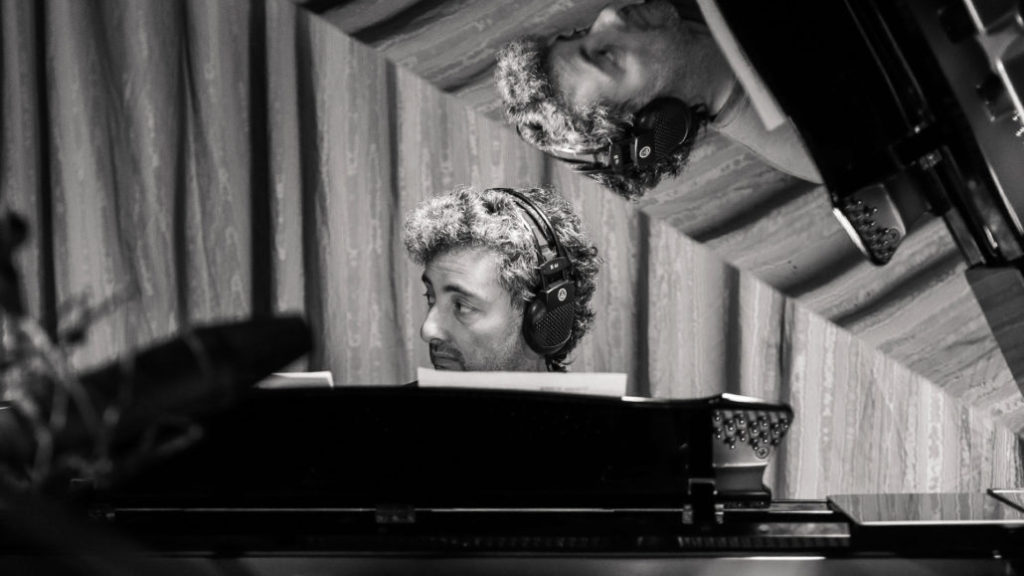 Ignacio Hurban, a well-known Argentine pianist, composer, and music arranger, and his wife, the fashion designer Celeste Madueña, were sitting at the table in their home eating dinner on his 36th birthday, June 2, 2014. His wife said she has something to tell him. She heard from a friend that she knew a secret.  Ignacio was adopted. 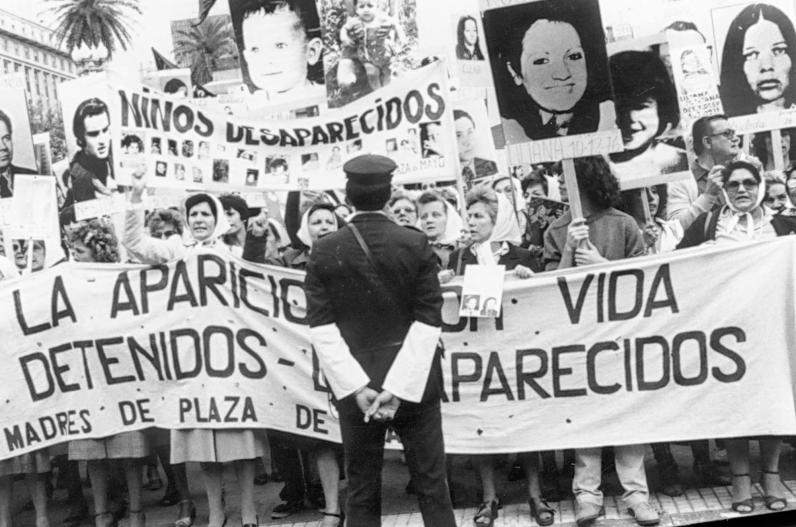 By that time, it had been decades since the military dictatorship (1976-1983) had stolen babies from the mothers who were illegally incarcerated in clandestine detention centers, modeled after the death camps in Nazis Germany. Like so many in Argentina, Ignacio knew of the Abuelas (Grandmothers) de Plaza de Mayo, the organization that searched for the stolen babies of the disappeared, those Argentine citizens abducted and taken to the hidden prisons. He’d also seen on television the Abuelas founder and president, Estela Carlotto, talking about the grandmothers’ efforts and the search for her grandbaby who was taken from her daughter who was murdered inside “La Cacha” back in 1978.

Ignacio considered this news and the day after asked his parents about the adoption. They knew very little and did not know anything about his biological parents. They explained that they could not have children and that their landlord offered to help them adopt a baby and told them never to tell anyone about the adoption. Realizing that he fit the profile of the babies born to the women who were illegally abducted and imprisoned in clandestine prison during the dictatorship, he decided the following day to call the Abuelas de Plaza de Mayo, which led to an arrangement for Ignacio to send a DNA sample to the National Genetic Data Bank. This bank, set up by the Abuelas, matches DNA to families and the babies of the disappeared. There was a match. He became the 114th grandchild recovered (of a known 500 babies the military dictatorship stole and adopted out). Ignacio also learned the unbelievable, the unexpected. The president of the Abuelas, Estella Carlotto, whom he had seen on television to talk about the search for babies and her own grandbaby for 36 years—was his grandmother. He was in shock.

Tenderly, Ignacio describes his parents, Clemente Hurban and Juana Rodríguez as loving and nurturing, providing him with a good upbringing. His parents raised him as an only child in an idyllic, happy life in the countryside in Colonia San Miguel where he grew up on a cattle ranch where they worked as laborers. He described his childhood as one filled with enjoying nature and all of the ranch animals—dogs, cats, and chickens, as well as horses. He noted that he could ride a horse before he could even peddle a bicycle. He read lots of books about adventures in which he imagined himself experiencing in the great outdoors. By age 9 or 10 he fell in love with music and at age 14, he started to study music in Olavarría and later in Buenos Aires.  Ignacio never questioned that he was not his parent’s biological child.

Eventually, he and the rest of the world would learn the secret his parents held. As his parents told him, their landlord, the landowner and rancher from Olavarría, Carlos Francisco “Pancho” Aguillar, knew that they were unable to conceive a child and could help them adopt a baby. It was through Aguillar connections to the military dictatorship (his wife, an architect who was related to two military officers) that such an adoption could be arranged. 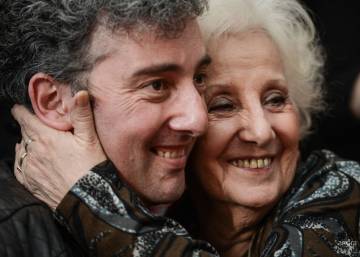 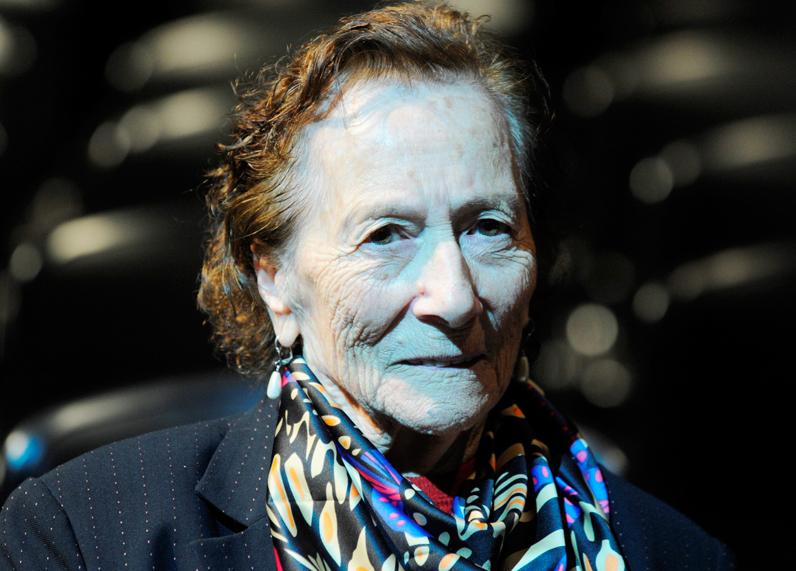 His father was Walmir Oscar Montoya and mother Laura Estela Carlotto, below, both members of the Montoneros, a leftist political party that the military junta was trying to quash. Two-and-a-half-months pregnant, Laura was abducted on November 26, 1977 at her home in Buenas Aires. Walmir was abducted shortly thereafter. 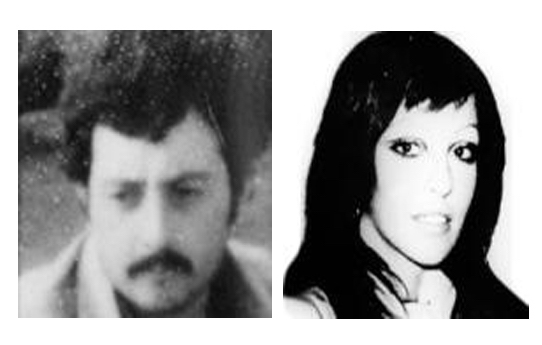 Both were imprisoned in La Cacha. Ignacio was born on June 26, 1978 in the Central Military Hospital of the Federal Capital. Laura named her baby Guido, a name that Ignacio would legally change in 2015. Days after giving birth, Laura was taken back to La Cacha and murdered a month later on November 26, 1977. She was buried in the cemetery in La Plata. A month later, Walmir was murdered on December 27, 1977 and buried in an unidentified grave in Buenos Aires.

For most people, navigating through such turbulent circumstances would be emotionally challenging. Yet, Ignacio maintains a loving relationship with his parents and enjoys a strong connection to his grandmother Estela Carlotto. He lives a peaceful life with his wife and young daughter while composing and arranging music in a beautiful studio in his home. He credits his genetics for his music: his father was a drummer, his paternal grandfather a saxophonist, and his maternal grandfather a music lover, especially jazz. It’s as though he is channeling a family quartet in his musical expression. 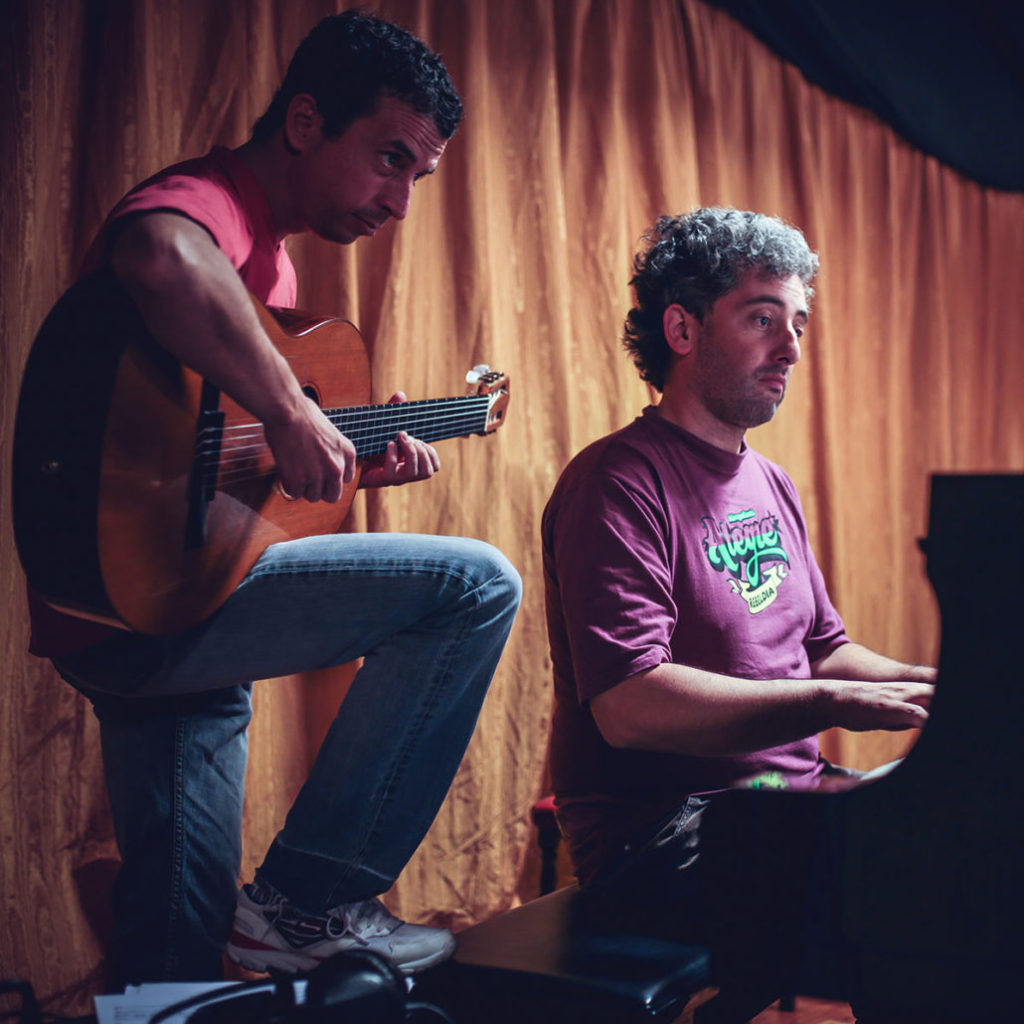 Ignacio performs and records classical, blues, rock, jazz and tango music in Argentina and tours abroad. He collaborates with a variety of well-known Latin American musicians, playing in groups including SEPT7ETO, TRIO, TANGO DUO, BLUES FORASTERS, and JAZZ ORGAN TRIO. Recently in the United States, Ignacio performed solo piano at the Embassy of the Argentina Republic in Washington, DC and in New York City taking part in a celebration of Latin America Cultural Week. Before heading back to his home in Argentina, he toured around Europe for a couple of weeks.

In a BBC World Service interview on October 31, 2017, Ignacio explained that every year, on March 24th, Argentina celebrates the anniversary of the 1976 military coup. In 2009, while Ignacio was recording an album called “Musa Rea” and needed one more song, he received some photographs and one, in particular, called “Absences”, inspired him to write the last song for the album. The song is called “For Memory or So We Do Not Forget”. Ignacio believes this song was a premonition and a song that will be with him for the rest of his life.

Ignacio's inheritance to his daughter is giving her his truth.

The English interpretations of the video excerpts below were kindly provided by Isabel Mignone-del Carril.

All my life I grew up thinking that I was the biological son of my parents that raised me, without knowing that I was adopted. On June 2, 2014, my wife, at dinner time, tells me with tears in her eyes that someone close to her had told her a secret that was known in Olavarría, that I was not the biological son of the parents that raised me. At that time I started the process of finding out about my roots. I contacted Abuelas de Plaza de Mayo. I was lucky that I not only found out who had been my biological parents but that it was a short process from the time I learned that I had been adopted until it was confirmed who my biological parents were.

When you start these procedures in Argentina knowing that you have been adopted and born between 1976-1980, you know that there is a possibility that you can be the child of desaparecidos and that the adoption is not legal. At that time I started a process at National Commission for the Right to Identity (CONADI : Comisión Nacional por el Derecho de la Identidad). They extracted blood from me, voluntarily, to be able to match my genetic data with those of the Argentine National Bank of Genetic Data.

The National Bank of Genetic Data in Argentina contains the information from the relatives of the detained-disappeared who at some point had their blood extracted so they can be matched. The process that I initiated only took two months! On August 5, 2014, the head of the CONADI, phoned to tell me that the results were positive, that I was the child of a detained- disappeared during the the last military dictatorship.

That same day I found out about my grandmothers, and other family that I did not know existed and many details of my biological parents that I was not aware of.

I have not written about that, except for one song that I wrote before knowing about my biological family. In the year 2009 I wrote the song "Para la Memoria" ("For the Memory") for a CD. At that time we were recording for a band, and I had received a sample of pictures by a photographer, his name is Gustavo Germano.  The sample is called Ausencia (Absences).  One of the photographer's brothers was detained-disappeared.  The sample included a pair of photographs. One was of three young boys.  They were his two brothers and him.  The other photograph was taken years later.  It was of of two brothers—his surviving brother and him with a space missing to represent their brother who was disappeared.  I received his email with a PowerPoint presentation and that is when I wrote a "chacarera" [argentine folklore]. It was something prophetic.

I believe that humans have a tendency to organize to protect themselves, the Kulturbund seems like a case of auto defense. It’s a way to survive. I think that the worst death is the cultural death.

I believe that art is a bridge that so that we can leave this world a little bit better. There are many ways to communicate.

Maybe it can happen to other people. To tell how each people have been able to move forward after their vexations. I think that art transmits more than it communicates. I think that music makes us more sensitive which in turn makes us to have more empathy. If we are more emphatic we are better persons. We start to tolerate what we don’t understand. If we don’t understand what is happening we try to understand. This is learning process. Music is intercultural, it does not need the written Word. Words are sometimes barriers.

The 1960’s musical movement used to say that all that was needed to make music was love, and I think we are at a time that we need to take that into account.