Gail Prensky — Creator, Executive Producer, and Project Director As creator and director of The Jüdische Kulturbund Project, Gail brings to this project a deep and first-hand understanding of the Kulturbund’s spirit and recognizes that their issues of living under oppression continue with artists around the world today. Her interviews with the Kulturbund survivors and current-day artists form the basis of her passion and vision for this project, which is rooted in the Kulturbund’s strong regard for music and the performing arts.  In 2001 Gail started researching and gathering material about the Kulturbund. Several years later she has brought together select talent, partners, and like-minded supporters to make this project possible and then interviewed artists living under oppression in various countries. Her hope and dream is that the project will serve as a beacon of inspiration to all people.

Mark Haney — Producer and Associate Project Director Mark brings organizational, financial, and administrative expertise to our project’s team. He is an international trade economist with over 25 years of experience advising companies, foreign governments, and trade associations on issues relating to international trade and economic and business trends. Among other things, Mark served as senior executive for a number of companies, including as President and CEO of the International Business and Economic Research Corporation (IBERC).

In the course of his work and life, Mark developed a strong interest in global issues focused on human economic rights, art, and music. Among other endeavors, he created a vision for, and served as the executive director of the Cheick Hamala Foundation, which is dedicated to building an institute for performing arts in Mali and strengthening cultural ties between Mali and the Western world through education, interaction, and art. Mark is also an avid craftsman and sailor and amateur musician and filmmaker.

Achouth Deng — Photographer and Filmmaker,  BULLETS TO BOOKS and
KULTUR STORIES
Achouth is an award-winning documentary photographer and filmmaker with over 10 years  experience producing multimedia in South Sudan. In 2019, he won the Best Photographer Award from EU photo contest in Juba, South Sudan and the Oscar of African Creativity Award in Cairo, Egypt. As a professional photographer, he has produced numerous humanitarian documentary stories (both photo and video) for local and International non-governmental organizations in South Sudan; including IOM, SAFERWORLD, JAM AID INTERNATIONAL, DORCAS AID INTERNATIONAL, SAADO, LORETO RUMBEK, CROWN THE WOMAN, UNHCR, CAFOD & Trócaire and SCIAF among many others. Achuoth has also served as a Radio Creative Producer for over 5 years with a leading radio - Eye Radio. During his service, Achuoth produced numerous radio dramas, radio programs, feature stories, PSAs, etc. disseminating messages of peace and reconciliation, health and education across South Sudan Achuoth studied Mass Communications at East Africa School of Media Studies and Film Production at the Mohamed Amin Foundation, in Kenya respectively. He runs his owned media production company - AD IMAGES SOUTH SUDAN that is focused to renovating the media horizon in his country. Achuoth passion for storytelling is directed at transforming youth lives and addressing community concerns.

Sean MacLaughlin — Co-producer, Director of Photography, and Editor, BULLETS TO BOOKS and Director, Co-producer, Director of Photography, and Editor COVID-19; THE OPPRESSOR Sean  is an award-winning filmmaker and actor based out of New York. As a performer, Sean has had the honor to work with legendary Composers such as Andrew Lloyd Webber, Stephen Sondheim, Stephen Schwartz, Charles Strouse and many more.  Broadway and National tour credits include THE PHANTOM OF THE OPERA (Raoul); EVITA (Peron); THE WOMAN IN WHITE; LESTAT; BOMBAY DREAMS; and SOUTH PACIFIC: LIVE AT CARNEGY HALL.  He has been seen on film in BLUE BLOODS (CBS), FOR LIFE (ABC), SOMETHING THE LORD MADE (HBO), and more.  Sean has over 50 projects he has edited produced and co-produced, but as Director of Photography he is known for THE SPECTRUM; THE KING; WISCO QUEENS; THE LIGHT WATCHER; SCRATCH THIS; and recently, with The Jüdische Kulturbund Project, Bullets To Books (which won the prestigious Ron Kovic award). Out of all his credits, Sean’s greatest accomplishment is being the proud father of two beautiful sons, Quinn and Jack. 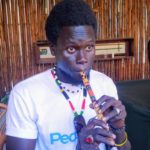 Dominic Dau Deng Mathiang (DD Dawoody) — Project Coordinator in South Sudan for BULLETS TO BOOKS and KULTUR STORIES DD is a singer, songwriter, activist, student and entrepreneur.  He was born in Wau Western Bhar El Gazal, Sudan (now South Sudan).  While growing up he was involved in church choir then began creating music, leading a music group in performances of African traditional music and dance.  He incorporates these influences based on his personal experience rather than theoretically approaching the African music. He continues to perform with groups and as a solo artist; performance pieces are a major part of his life's work.  He released his first hit in 2011 called SOUTH SUDAN IS MY HOME and also launched an album in 2012 called INTI WAHIT.  In 2016, he released his third third album, I LOVE MY NATION. Apart from working as a composer, performer, and solo musician, DD Dawoody is also a first member artist whose music videos trended on national TV (SSBC or SSTV) during independence of the Republic of South Sudan and contributed on live performance the same day. DD Dawoody has been participating in Artist Initiatives for Peace and response to oppression, which includes AnaTaban Art Initiative, I AM PEACE, and The Jüdische Kulturbund Project. DD Dawoody is currently member of The Jüdische Kulturbund Project's COVID-19: The Oppressor, an initiative that explores and collects artists’ response to Covid 19 from Africa, US, Asia and Europe. Learn more about DD on You Tube and Facebook. 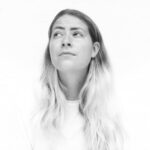 Stephanie Mercedes — Artist, BULLETS TO BOOKS Mercedes is a DC-based artist who melts down weapons to cast musical installations, instruments and public works of art. She also excavates invisible missing histories. Her work fluctuates between sculpture, installation art and large scale performances. Mercedes has been funded by George Soros, Light Works, NALAC, The Foundation for Contemporary Art, DC Commission for the Arts and WPA. She has exhibited and performed at the Bronx Museum, the Queens Museum, the Smithsonian and the Kennedy Center. She has been a fellow at Halcyon Art Labs, VisArts, Montgomery College and Christopher University.  Mercedes  In August 2020, Mercedes started a 3-year fellowship at University of Maryland, College of Arts & Humanities in College Park, MD. Examples of Mercedes's art are presented on www.stephaniemercedes.com.

Mawa Moses — Architect, BULLETS TO BOOKS Architect Mawa Moses was born on October 10, 1987 in Yei, what was then southern Sudan. He grew up in Uganda where his family took refuge at the peak of the political insurgency of the early 90’s. For 14 years, Moses lived in the Ugandan refugee camps for over 14 years where he only saw grass thatched houses and architecture of the time, which was seen as evidence of poverty and temporality. He dreamed of becoming a doctor, influenced by his late dad who was a medical assistant. He also dreamed of becoming an engineer as he used to draw things about houses, trees, and people, especially soldiers. His friends and he also built sand houses and houses using bricks made by old match boxes, molded furniture, and radios from termite mount clay. Moses thinks that was the foundation for his interest in architecture. He never knew anything in regard to architectural design until he started applying to university. Moses completed high school in Uganda and returned to his South Sudan in 2008 where he attended the University of Juba, graduating with a bachelors with honors degree in architecture. After graduating, he attended a two-years design fellowship program at the African Design Centre in Kigali, Rwanda. The fellowship program trains young graduates to understand design-related issues within the continent and beyond. While studying design and living in a war torn country, Moses is challenged to think of an equitable and inclusive approach for designs in health, education, and housing while incorporating creativity/fabrication. His focus is on environment responsive and impactful research-driven design. He practices both social and commercial architecture that is purely made locally by locals but inspiring globally. While currently working with the Urban South Group Ltd., Moses teaches at the University of Juba in the department of architecture. As a teacher, he aims to achieve balance between the existing curriculum needs and transformation of societies. 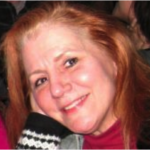 Cindy’s directorial career has also flourished. She has directed several productions of THE MERRY WIDOW, around the country. Her MIKADO has been remounted in several American cities as well as several wonderful musicals, THE MUSIC MAN, CAROUSEL, CAMELOT and CANDIDE. She is honored to also be a director as major universities and colleges in the US as well. She has recently begun working in the genre of cabaret and loves it!

She was most proud to be invited by Mr. Domingo to Mexico City to celebrate his 40th anniversary as an international artist. She had the honor of working with Mr. Domingo on the production of FEDORA for the International Opera Company of Mexico at the Palacio de Bellas Artes.Cindy is an Awardee of the Reciprocal Exchange component of the Mandela Washington Fellowship (2019) and U.S. State Department Arts Envoy Program Awardee (2019). 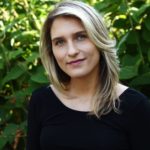 Olivia Sebesky — Animator, BULLETS TO BOOKS Olivia Sebesky is a New York City based projection designer, art director, and motion graphics designer.  Olivia creates art for theater, dance, TV, concerts and special events. She brings a background in fine art and music to her bespoke digital media work in the entertainment industry. She has designed projections for James Taylor, Aerosmith, Hootie & The Blowfish, Nike, Jordan, Soho House, Alice and Olivia, Bloomberg, The New Group, Bebe & Cece Winans, Spiegelworld, The Cosmopolitan of Las Vegas, French Horn Rebellion, Adrian Daniel, The Nasser bin Hamad Awards, FakeOff on TruTV and more... Recent projects include BECAUSE OF WINN DIXIE, directed by John Rando, book and lyrics by Nell Benjamin, and music by Duncan Sheik, as well as Aerosmith’s Las Vegas Residency, DEUCES ARE WILD. Olivia is a classically trained painter and illustrator. In addition to her work in live production, she creates concept sketches and designs custom interior murals and artwork for private clients.  Her work can be seen internationally.  Olivia received the 2013 Elliot Norton Award for Outstanding Design (Chad Deity). She was nominated for the 2016 Connecticut Critics Circle Award for Projection Design (My Paris).  She is nominated for a 2018 Helen Hayes Award for Projection and Set Design (ME...JANE).

Andy Truschinski — Co-Executive Producer and Director, BULLETS TO BOOKS short documentary film Andy Truschinski is a New York City based artist. He started his career as an actor on stage (Ex: WAR HORSE National tour and THE HEIDI CHRONICLES starring Elisabeth Moss on Broadway) and has transitioned into developing scripts for film, television, and on stage. Writing projects include: THE GREEN BOAT (finalist for Space on Ryder Farm development series), ONE WHITE FACE (commissioned pilot of the book One White Face by Hilary Corna), EXPLORING MUSIC (a documentary music series), SOUNDS DELICIOUS (a cooking talk show with music), and THE ROOT OF HAPPINESS (now in the film festival circuit.)Andy is a recipient of the Mandela Washington Fellowship American Impact Award; an Awardee of the Reciprocal Exchange component of the Mandela Washington Fellowship (2019); and U.S. State Department Arts Envoy Program Awardee (2019).