Gail Prensky — Creator, Executive Producer, and Project Director
As creator and director of The Jüdische Kulturbund Project, Gail brings to this project a deep and first-hand understanding of the Kulturbund’s spirit and recognizes that their issues of living under oppression continue with artists around the world today. Her interviews with the Kulturbund survivors and current-day artists form the basis of her passion and vision for this project, which is rooted in the Kulturbund’s strong regard for music and the performing arts.  In 2001 Gail started researching and gathering material about the Kulturbund. Several years later she has brought together select talent, partners, and like-minded supporters to make this project possible and then interviewed artists living under oppression in various countries. Her hope and dream is that the project will serve as a beacon of inspiration to all people. For the last 25 years, Gail has written, produced, and directed a broad range of media projects in film, multimedia, books, and exhibitions for clients such as the Banner Health's Alzheimer's Registry, the New America Foundation, the Pew Charitable Trust, Discovery Communications, National Geographic, the Smithsonian Institution, Time-Life Books, and Glaxo-Wellcome.  Through her Meteopa Productions, Gail produces independent projects focusing on advocacy, art, human rights, international, and music themes. She is on the advisory board of the Breaking Barriers Institute to develop films about those who made an impact on civil rights in the United States. Between 2013 and 2016, Gail served on the board of The Welders, the DC-based playwrights’ collective and winner of the Helen Hayes-John Aniello Award for Outstanding Emerging Theatre Company (2016).

Mark Haney — Producer and Associate Project Director
Mark brings organizational, financial, and administrative expertise to our project’s team, as well as film production.  He is an international trade economist with over 25 years of experience advising companies, foreign governments, and trade associations on issues relating to international trade and economic and business trends. Among other things, Mark served as senior executive for a number of companies, including as President and CEO of the International Business and Economic Research Corporation (IBERC).

In the course of his work and life, Mark developed a strong interest in global issues focused on human economic rights, art, and music. Among other endeavors, he created a vision for, and served as the executive director of the Cheick Hamala Foundation, which is dedicated to building an institute for performing arts in Mali and strengthening cultural ties between Mali and the Western world through education, interaction, and art. Mark is an Awardee of the Reciprocal Exchange component of the Mandela Washington Fellowship (2022). 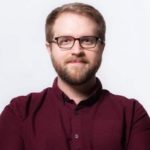 Dylan Glatthorn — Music Composer and Sound Designer, HANNAH'S DANCE
Dylan is a two-time Alan Menken Award-winning composer and lyricist. His music has been described by the New York Times as “assured” with the “steaminess and drive of Janacek” and the “harmonic allure” of Debussy. He currently resides in Brooklyn.

Dylan has written music for dozens of critically-acclaimed and award-winning films, as well as for brands like Nickelodeon, Oakley, Red Bull, Alessi, and PBS. For his work in film, he has been awarded the Clive Davis Award for Excellence in Music in Film as well as Best Original Score at the First Run Film Festival. He has composed numerous original musical scores for Orange Grove Dance including REMNANTS (Premiere: The Terrace Theater @ The Kennedy Center in Washington, D.C.) and Leaning Toward the Sky (commissioned by the United States Botanic Garden in Washington, D.C.). Other commissions include those from the International Double Reed Society, PUBLIQuartet, the Quintet of the Americas, and Cadillac Moon Ensemble. Other awards and honors include the 2019 New Hampshire Theatre Award for Best Sound Design, 2018 Mainstage Residency & 2017 Greenhouse Residency at Andy’s Summer Playhouse, the 2013 Metlife Creative Connections Grant, and the 2011 & 2007 Alan Menken Awards. He was also the winner of the 2011 Skirball Film Scoring Competition. His original musicals include: Edison, Republic (both O’Neill National Music Theater Conference finalists), Bittersweet Lullaby and The Way It Goes. He is the co-composer for all songs on Diana DeGarmo‘s GEMINI. Additional projects include music direction and orchestrations for numerous cabaret productions including “A Shining Hour” starring Alexa Green (released on Broadway Records as So Good, named “Best New Solo Recording of 2016” by Broadwayworld.com), “LIT: A Modern Broad” starring Janine DiVita, “Once In Love” starring Amy Toporek, “Introducing Victoria Cook” (all at Feinstein’s/54 Below), “A Brass Act” starring Michelle Dowdy (Feinstein’s/54 Below, Metropolitan Room), and the “Canteen” series (Laurie Beechman Theatre). Dylan is a proud member of both ASCAP and The Dramatists Guild of America, Inc. Jared Mezzochhi — Multimedia Playwright, Projection Designer, and Director, HANNAH'S DANCE
Jared is a multimedia playwright, director, and designer for theater. Jared is one of five American Theatre Wing’s 2017 Henry Hewes Design Awards recipients for his work on VIETGONE, produced at Manhattan Theatre Club in NYC.  Jared was also awarded an Obie Award and the Lucille Lortel Award for Outstanding Project Design, also for his work on VIETGONE.  During the summer of 2017, Jared was granted the prestigious Macdowell Colony residency fellowship for a 4-week residency to work on his multimedia script for The Jüdische Kulturbund Project.  He has received a Princess Grace Award in 2013 for his multimedia work at the HERE Arts Center’s YOU ARE DEAD. YOU ARE HERE. His multimedia script POPPA GOD BLESS was workshopped in the Process Series at UNC Chapel Hill. It is premiering at 3-Legged Dog in NYC in 2015. For the last nine summers he has directed original work at Andy’s Summer Playhouse, an innovative children’s theater in Wilton, NH, creating original work with award winning artists from across the United Stated, performed by children ages 8-18 and intended for audiences of all ages. In 2011, Jared won Best Original Playwright at the New Hampshire Theater Awards his adaptation of THE LOST WORLD. It was produced in February 2015 University of Maryland’s Clarice Center for the Future of the Arts. In 2015, Jared became the Producing Artistic Director and continues to be every summer.

Jared has designed productions in New York City with 3-Legged Dog DOWN LOOP, SPYGARBO), Baryshnikov Arts Center (Robert Wilson’s ON THE BEACH), HERE Arts Center’s (YOU ARE DEAD. YOU ARE HERE., TRADE PRACTICES), Builders Association (JET LAG 2011), Rob Roth (SCREEN TEST) and has toured nationally and internationally with Big Art Group (SOS, SLEEP, THE PEOPLE). He has designed for Center Stage in Baltimore (STONES IN HIS POCKETS), Cleveland Playhouse (BREATH AND IMAGINATION), Milwaukee Rep (HISTORY OF INVULNERABILITY, THE MOUNTAINTOP), The Wilma Theater (BODY OF AN AMERICAN) and CompanyONE (ASTROBOY and THE GOD OF COMICS). In DC, he’s designed for Woolly Mammoth (TOTALITARIANS, ELABORATE ENTRANCE OF CHAD DEITY), Synetic Theater (A TRIP TO THE MOON), Theater J (INTELLIGENT HOMOSEXUAL’S GUIDE TO CAPITALISM AND SOCIALISM WITH A KEY TO THE SCRIPTURES, YELLOWFACE), and Studio (ASTROBYOY AND GOD OF COMICS).

Currently, Jared is building a Projection Design MFA and BA program within the University of Maryland’s Theater, Dance, and Performance Studies Program in College Park, MD.

She listened to the stories her mother told about her experiences growing up in Germany during the Holocaust, her career in America as a dancer, and saw how as a dance teacher, she impacted thousands.  When Hannah passed away at the age of 95, Evelyn decided to tell those stories.  She collected many of them for a book she published, “No Matter What, we Keep Dancing:  Hannah Kroner’s Legacy.”

Through the education she received from her mother, Evelyn began her own career as a dance teacher in this growing school during the 1960s; created new programs for children with special needs, gave students opportunities to assist and become teachers themselves, began the first classes for pregnant women, taught ballroom, and exercise classes for adults from 20 to 90 years.

In addition to her work in the dancing school, she taught children in public elementary schools on Long Island for over 25 years, conducted workshops at Teachers College at Columbia University, and created language arts curriculums in several school districts as a staff developer.

Evelyn graduated from New York University and earned her Master of Arts from Hofstra University. 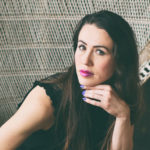 Asya Zlatina — Dancer and Choreographer, HANNAH'S DANCE
Asya Zlatina was born in Moscow and grew up in the DC/Baltimore area. She trained in ballet and jazz at the Kirov Academy, Dance Explosion and the Washington Ballet School. She received her BA in dance and psychology from Goucher College, where she also trained in modern dance. She joined Philadelphia's Koresh Dance Company in 2008, extensively touring, per forming, teaching and running outreach. She received her MS in Non-Profits Administration from Drexel University in 2013 and works as a Logistics/Program Coordinator for a local non-profit. Additionally, she served as dance adjunct at Stockton University, and produces her own dance shows. Her 2016 Fringe Festival Show, "BARRY: Mamaloshen in Dance!", recently won BEST DANCE PERFORMANCE from the World Heritage Cultural Center, and has toured to the Kennedy Center's Millennium, Battery Park Dance Festival, Booking Dance at Jazz at Lincoln Center and European Festivals.