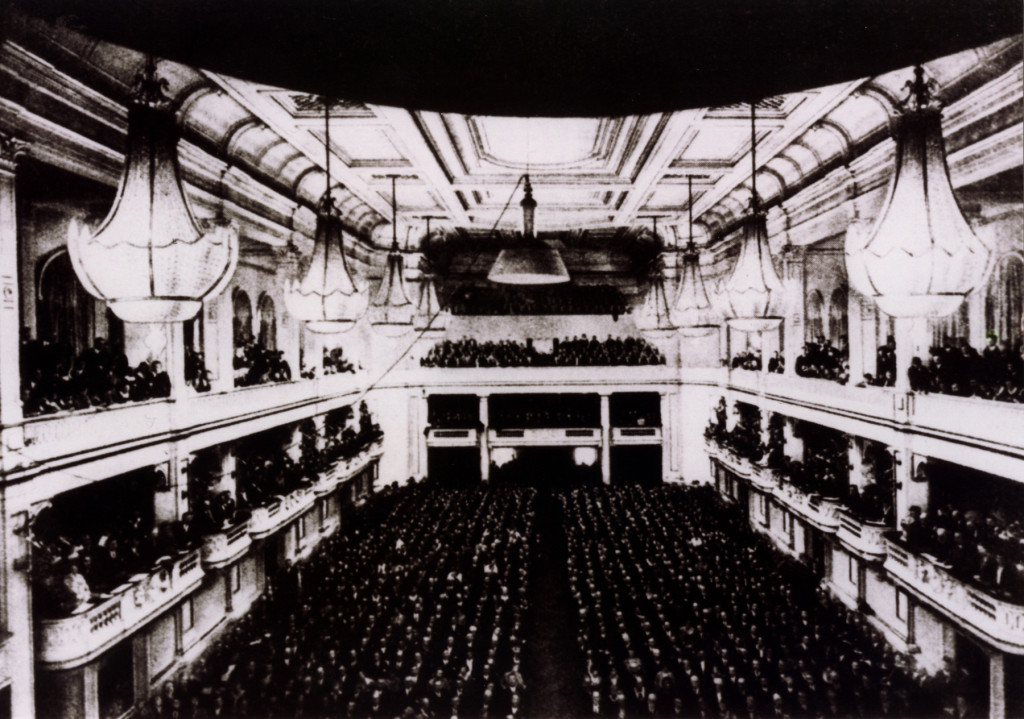 The Jewish Kulturbund performed in this Frankfurt theatre, which was filled to capacity.

Those associated with the Kulturbund who were interviewed for this project shared memories that describe specific performances: dramas, operas, and symphonies.

Gotthold Ephraim Lessing-Nathan the Wise
On October 1, 1933, the Kultubund opens with the drama Nathan the Wise, directed by Fritz Wisten in the Berliner Theatre on Charlottenstrasse..  Ironically, it is a story about Jews, Mulims, and Christians living together in Jerusalem during the Crusades.

Beethoven-Fidelio
An opera about heroism and political courage and freedom The opera is a central work of Beethoven’s so-called “middle period,” and like some of Beethoven’s music of this time it emphasizes heroism. Bouilly’s story probably attracted Beethoven for the opportunities it offered in portraying heroism in the main characters. The story also engaged Beethoven’s strong feelings about the struggle for political liberty that was taking place in Europe in his day.  (Wikipedia)

Sholom Aleichem
Margalit Wachsman, Kurt Singer’s daughter, described how in 1936 the Nazis instructed the Kulturbund that they could no longer play music composed by Austrians or Germans.  The Nazis insisted the Kulturbund play Jewish music.  However, Kurt Singer and his musicians did not know what Jewish music was.  Reluctant at first to embrace Yiddish music, they came to enjoy it and include special programs to perform them.  Sholom Aleichem was one of those performances.

Nielsen-Symphony Op. 29 no 4 "The Inextinguishable"
Nielsen wrote in his notes that this symphony applies to that which is inextinguishable: the will to live.  Under the direction of their conductor, Rudolf Schwarz, musicians rehearsed the symphony in the summer of 1941 with plans to perform, what would be their final concert in late September.  On September 11, 1941, the Nazis sent a letter to the Kulturbund closing the organization forever.  The Kulturbund would never perform "The Inextinguishable".