Gail Prensky — Creator, Executive Producer, and Project Director
As creator and director of The Jüdische Kulturbund Project, Gail brings to this project a deep and first-hand understanding of the Kulturbund’s spirit and recognizes that their issues of living under oppression continue with artists around the world today. Her interviews with the Kulturbund survivors and current-day artists form the basis of her passion and vision for this project, which is rooted in the Kulturbund’s strong regard for music and the performing arts.  In 2001 Gail started researching and gathering material about the Kulturbund. Several years later she has brought together select talent, partners, and like-minded supporters to make this project possible and then interviewed artists living under oppression in various countries. Her hope and dream is that the project will serve as a beacon of inspiration to all people. 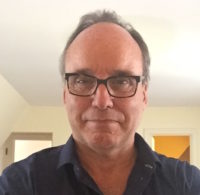 Graham Townsley — Screenwriter, SINGER
Over the last 15 years, Graham has established himself in Washington DC as one of the country’s foremost makers of high-end documentaries. His films have been shown on PBS, National Geographic TV, the BBC, Channel 4, ARTE and the Discovery Channel. He has also written screenplays for a number of historical dramas. He is twice Emmy-nominated.

In 2016, his multiple award-winning feature documentary, LANDFILL HARMONIC, about kids from a slum in Paraguay who made an orchestra out of trash, was released in theaters across the USA. Also in 2016, his PBS film about famed biologist E.O Wilson, “Of Ants and Men”, garnered awards and critical acclaim at festivals across the country.

His 2015 film for National Geographic and NOVA PBS, DAWN OF HUMANITY, about the discovery of new fossil human ancestors in South Africa, was named by the New York Times as one of the ten best documentaries of 2015 and nominated for an Emmy award.

With a Ph.D in Anthropology from the University of Cambridge, Graham started his career working on ethnographic films for the BBC. Films like THE SHAMAN AND HIS APPRENTICE based on his own fieldwork with a tribe of the Peruvian Amazon and FROM THE HEART OF THE WORLD, about the Kogi Indians of the Sierra Nevada, Colombia, established him in the documentary world. He went on to make films both about other living indigenous peoples and ancient cultures such as the Inca, Maya, Aztecs, and ancient Rome.

In the early 2000’s he was series producer of THE GLORY THAT WAS ROME for the Discovery Channel and “Treasure Seekers”, a 13-part series about explorers of the ancient world, for National Geographic.

Graham has produced, written, and directed films such as BECOMING HUMAN, a 3-part series on human evolution for NOVA PBS, DAWN OF THE MAYA for National Geographic TV, THE GREAT INCA REBELLION, KING SOLOMON'S MINES, MAGIC MOUNTAIN, MAYA APOCALYPSE, and many more.  In 2008, he established his own company, SHINING RED PRODUCTIONS.

Graham speaks four languages and has made a number of Spanish-language films.  He is currently developing a number of drama series: one about the Easter Uprising in Ireland and another about the Mexican Revolution. 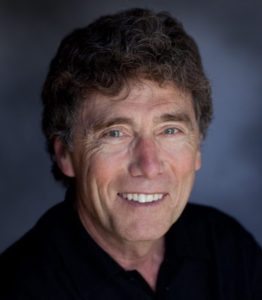 Harry Winer — Executive Producer, SINGER
Harry is a director, producer,and writer with over 30 years of experience in film and television. He directed the motion pictures SPACECAMP, RIOT and DAMAGED CARE. In addition he has directed, produced, and/or written over 25 films, miniseries and television pilots and created over 60 hours of series television. He has worked with some of the leading talents in motion picture industry such as Kevin Spacey, Jennifer Garner, Joaquin Phoenix, Jamie Lee Curtis, Patrick Dempsey, Michelle Williams, Jim Carrey, and Laura Dern.

One of Harry’s goals as a producer is to help groom emerging talent. In 2013 he signed on to head the Masters of Fine Arts Directing Program at the Academy of Art University in San Francisco where he mentored directing candidates for the MFA program in motion pictures and television. He designed a directing program for their online Motion Picture and Television department that became the template for their onsite curriculum.

In addition, Harry created a scholarship fund to honor his parents at his alma mater, the University of Michigan Screen Arts and Culture Department, to provide opportunities for aspiring filmmakers.

In the Fall of 2015 Harry came to New York University as an Arts Professor in the Undergraduate Film and Television Department where he intended to continue his goal of paying it forward —sharing his experience with the next generation of storytellers and filmmakers.

Harry is President of SMASH MEDIA, INC., which produces motion pictures and films for television. In 2013 Harry’s company produced the international co-production THE EXPATRIATE (aka ERASED), starring Aaron Eckhart and Olga Kurylenko. In 2015 Harry produced through Smash Media the television film, PERFECT MATCH for Hallmark. In 2017 Winer is producing the motion picture THE DOORMAN to be directed by renowned Japanese director Ryuhei Kitamura as well as a movie for television based on the novel A BRAMBLE HOUSE CHRISTMAS. In addition to several theatrical and television films in development, Harry is directing and producing THE RECKONING — a feature length documentary on climate change and climate justice.

Harry’s work has garnered Emmy Awards, Golden Globes and a Christopher Award.  His films have premiered at the Telluride Film Festival and Shanghai International Film Festival. He is affiliated with DGA and WGA, was a national delegate to DGA conventions and served on the DGA Creative Rights committee. He is on the Executive Board of the Student Voice Project, the Liberty Hill Foundation, Justice Action Mobilization Network, and NOJO (New Orleans Jazz Orchestra).

Harry received his MFA at the University of Southern California School of Cinema and an AFI Director’s Internship Scholarship. He is married to Shelley Hack. Their daughter, Devon Rose Winer, is a recent graduate of Columbia University in the field of sustainable development. She works for the Clinton Global Initiative.