All-Female Orchestra In Afghanistan Fights The Taliban With Music

"The formation of the girls’ orchestra was the best response to extremists," said Ahmad Naser Sarmas, a musicologist who helped found the National Institute for Music in 2010. 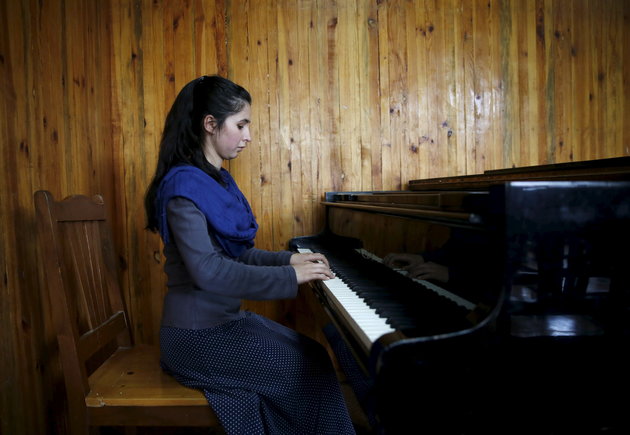 Negin Ekhpulwak, leader of the Zohra orchestra, an ensemble of 35 women, practises on a piano at Afghanistan's National Institute of Music, in Kabul, Afghanistan April 9, 2016. Playing instruments was banned under Taliban rule in Afghanistan, and even today, many conservative Muslims frown on most forms of music. Living in an orphanage in the capital, Kabul, 19-year-old Negin leads an ensemble of 35 women that plays both Western and Afghan musical instruments. In a country notorious internationally for harsh restrictions on women in most areas of life, Negin's story highlights a double challenge. REUTERS/Ahmad Masood SEARCH "ORCHESTRA KABUL" FOR THIS STORY. SEARCH "THE WIDER IMAGE" FOR ALL STORIES TPX IMAGES OF THE DAY