Why Authoritarians Attack the Arts 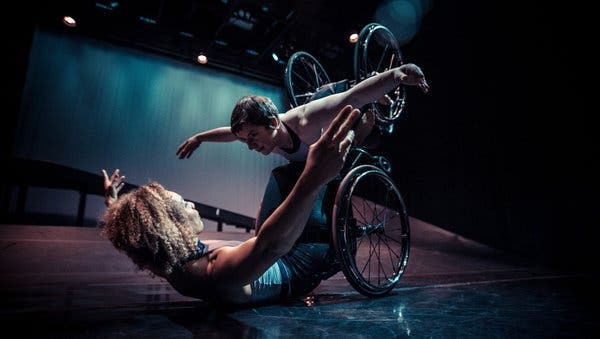 In 1937, ascending leaders of the Third Reich hosted two art exhibitions in Munich. One, the “Great German Art Exhibition,” featured art Adolf Hitler deemed acceptable and reflective of an ideal Aryan society: representational, featuring blond people in heroic poses and pastoral landscapes of the German countryside. The other featured what Hitler and his followers referred to as “degenerate art”: work that was modern or abstract, and art produced by people disavowed by Nazis — Jewish people, Communists, or those suspected of being one or the other. The “degenerate art” was presented in chaos and disarray, accompanied by derogatory labels, graffiti and catalog entries describing “the sick brains of those who wielded the brush or pencil.” Hitler and those close to him strictly controlled how artists lived and worked in Nazi Germany, because they understood that art could play a key role in the rise or fall of their dictatorship and the realization of their vision for Germany’s future. 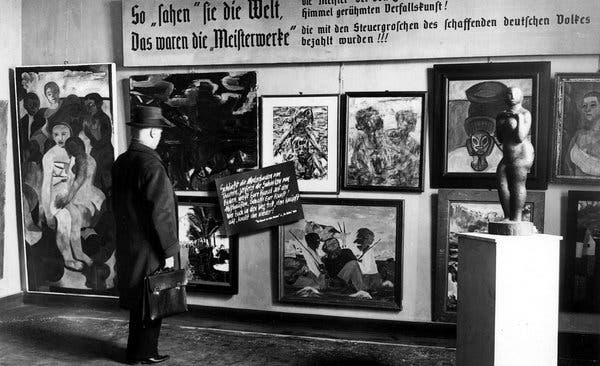 Last month, the Trump administration proposed a national budget that includes the elimination of the National Endowment for the Arts. The NEA operates with a budget of about $150 million a year. As critics have observed, this amount is about 0.004 percent of the federal budget, making the move a fairly inefficient approach to trimming government spending. Many Americans have been protesting the cuts by pointing out the many ways that art enriches our lives — as they should. The arts bring us joy and entertainment; they can offer a reprieve from the trials of life or a way to understand them.

But as Hitler understood, artists play a distinctive role in challenging authoritarianism. Art creates pathways for subversion, for political understanding and solidarity among coalition builders. Art teaches us that lives other than our own have value. Like the proverbial court jester who can openly mock the king in his own court, artists who occupy marginalized social positions can use their art to challenge structures of power in ways that would otherwise be dangerous or impossible. 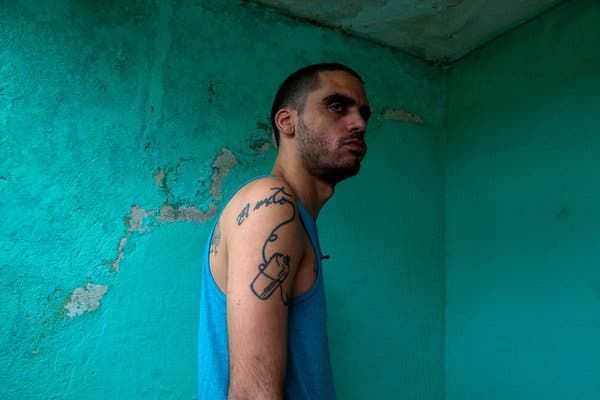 The artist Danilo Maldonado, known as El Sexto, after being released from jail, in Havana in 2015. He had been held for 10 months for anti-Castro art. Desmond Boylan/Associated Press

Authoritarian leaders throughout history have intuited this fact and have acted accordingly. The Stalinist government of the 1930s required art to meet strict criteria of style and content to ensure that it exclusively served the purposes of state leadership. In his memoir, the composer and pianist Dmitri Shostakovich writes that the Stalinist government systematically executed all of the Soviet Union’s Ukrainian folk poets. When Augusto Pinochet took power in Chile in 1973, muralists were arrested, tortured and exiled. Soon after the coup, the singer and theater artist Víctor Jara was killed, his body riddled with bullets and displayed publicly as a warning to others. In her book “Brazilian Art Under Dictatorship,” Claudia Calirman writes that the museum director Niomar Moniz Sodré Bittencourt had to hide works of art and advise artists to leave Brazil after authorities entered her museum, blocked the exhibition and demanded the work be dismantled because it contained dangerous images like a photograph of a member of the military falling off a motorcycle, which was seen as embarrassing to the police. Such extreme intervention may seem far removed from the United States today, until we consider episodes like the president’s public castigation of the “Hamilton” cast after it issued a fairly tame commentary directed at Mike Pence.

In its last round of grants, the NEA gave $10,000 to a music festival in Oregon to commission a dance performance by people in wheelchairs and dance classes for people who use mobility devices. A cultural center in California received $10,000 to host workshops led by Muslim artists, including a hip-hop artist, a comedian and filmmakers. A chorus in Minnesota was granted $10,000 to create a concert highlighting the experiences of LGBTQ youth, to be performed in St. Paul public schools. Each of these grants supports the voices of the very people the current presidential administration has mocked, dismissed and outright harmed. Young people, queer people, immigrants, and minorities have long used art as a means of dismantling the institutions that would silence us first and kill us later, and the NEA is one of the few wide-reaching institutions that support that work. 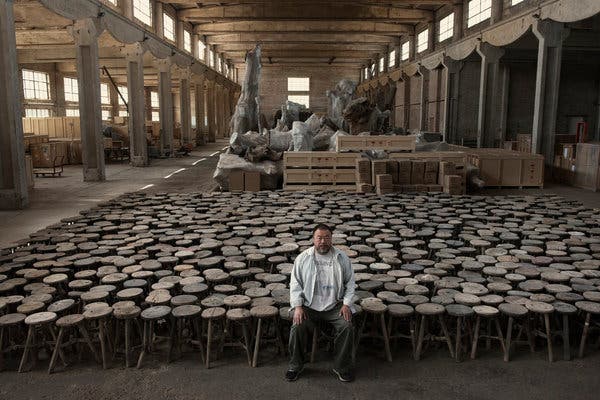 Ai Weiwei and remnants of an installation for the Venice Biennale in 2013. Gilles Sabrie for The New York Times

American observers shook their heads in disapproval when the performance artist Danilo Maldonado was arrested and jailed for criticizing the Castro regime, and when the Chinese sculptor and photographer Ai Weiwei was placed under house arrest and had his studio demolished by the government. But closer to home, it is imperative that we understand what Trump’s attack on the arts is really about. It’s not about making America a drab and miserable place, nor is it about a belief in austerity or denying resources to communities in need. Much like the disappearance of data from government websites and the exclusion of critical reporters from White House briefings, this move signals something broader and more threatening than the inability of one group of people to do their work. It’s about control. It’s about creating a society where propaganda reigns and dissent is silenced.

Eve L. Ewing is a sociologist at the University of Chicago School of Social Service Administration and the author of the forthcoming book “Electric Arches.” Follow her on Twitter @eveewing.